Emily Cain, a young woman in her dating years has proved to be a pure savage. When she received a phone number from a random stranger, she took upon herself to prank the unsuspecting man. She told him that he had signed up for a $24.50 direct debit from his card to support a chimpanzee instead of telling him ‘no’ directly. 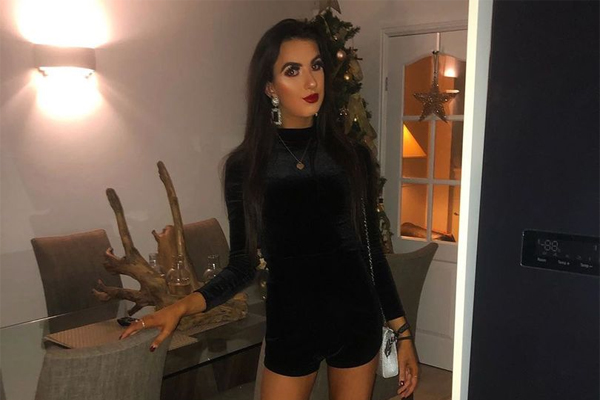 Dating has always been a proposal and rejection game. Some hits and some misses are all part of it. But never has a man faced a rejection which had been this brute. Emily made sure the man was placed in his place. The potential date for the man was actually tricking him into thinking he was going to be shedding hefty amounts for a very cute chimpanzee. His imagination could not have reckoned his particularly bold move to lead him to a big puddle of embarrassment.

After giving off his number to Emily Cain, in the pretext of kindling a romance amongst the two he was all ready to chat and ignite the sparks. But Emily had something else up her sleeve. She decided to have some fun with his number. Instead of the usual introductory courtesy message and the subsequent mushy chit chat, she sent the man a message informing him that he had successfully adopted Bubbles, the baby chimpanzee for a designated amount of $7.50 per month.

To keep it authentic, Emily also added that he could stop the services at any time by just typing STOP and attached the photo of a baby chimpanzee. The photo attached was actually the first photo that pops up when someone types in baby chimpanzee photos in the search bar. But it was too real for the man at that time.

The confused and an utterly disoriented man replied with STOP. He had then opened the gateway for another surprise. Since Emily sent him back a text telling him that due to some confusion in the ‘animal rescue center’ he had signed up for an additional $5 for Bubbles food and water. The man tried to continuously stop the financial support he was unwillingly forced to give, which just racked up his automatic debit by another $3.

A lads just sent me his number so thought I’d take advantage of it pic.twitter.com/Rdz5M1oU8v

This time the money was taken for the bonus soft toy version of the animal he had just adopted. He completely lost his cool when he was told he had also adopted Bubbles’ mother Bonnie. He texted back completely distressed that he would straightaway go to the police if even one dollar was debited from his account.

The rescue team finally transferred his details to the support team, it was then he realized he had been pranked. It had been Emily who had been texting him all this while. Not exactly what he expected after the perplexing two hours he had spent trying to converse with the rescue team and to come up with the solution.

Emily then took to Twitter to share her little prank. The man’s phone number was saved as ‘Guy’ and included the screenshots of all the conversations. Twitter surely blew up with the story. The post had over 20,000 likes and 3,000 retweets. The Twitter community was all in support of Emily and called her an ultimate Savage, and that the troll level was a million. One user even said that she now awaits a stranger to give his number, just so that she can prank him so.

All we can hope for the ‘Guy’ is that he doesn’t have a recurrent nightmare of money being debited from his bank for Bubbles and Bonnie.