There are so many brave hearts out there who are protecting our country and making sure we are able to sleep peacefully at night. They are always ready to sacrifice their lives for the nation. John Metzler, a soldier during the Vietnam War was given hope during his tough times at the war by a little girl through a letter. 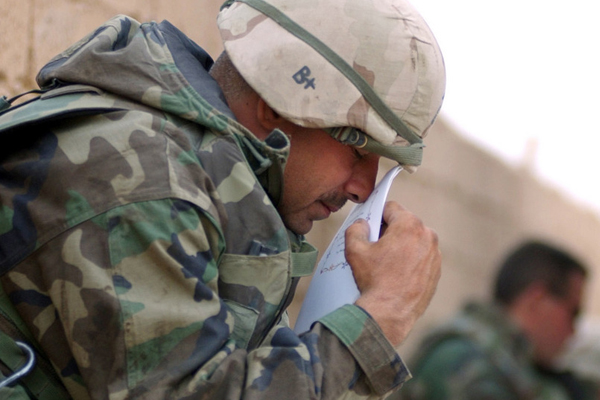 The 23-year-old John Metzler was an Army helicopter sniper. During his serving days, Vietnam War unfolded and it was his time to go overseas and fight in the war. One thing that none of us can deny is that fighting in these wars and protecting your country is far from easy. You are constantly under pressure and fear does creep in at some point.

This is what happened to John while he was there. He was on the verge of losing all hope when a letter came as a ray of light to him. We have all encountered fear at a certain point in our lives and the pain it causes cannot be described in words. In such tough times, even the smallest gesture of care is all the sunshine one needs!

The letter that John received in 1970 was written by a little girl, DonnaCaye Ludemann of Grade 6 studying at St. Mark’s Lutheran Church and School in Hollywood, Florida. It was a classroom assignment given to the students but little did she knew, her words would have such a deep effect on John. It is right when they say that words are powerful and they can either make or break everything! In this case, they made everything better in the life of John.

The letter read, “Dear Serviceman, I’m a student at St. Mark’s Lutheran Church and School. I want to give my sincere thanks for going over to war to fight for us … The class hopes you will be able to come home…”

It has been a long time since John who is 71-years-old now, received that letter but those words are still very close to his heart. So, John decided to track that girl so that he can thank her. His family members joined the search and of course, we cannot deny the contribution of the internet here.

Karma Metzler Fitzgerald was wanted to surprise John after she found DonnaCaye. She decided to fly DonnaCaye out to Idaho. DonnaCaye’s excitement knew no bounds when she was told that she would be able to meet the serviceman whom she wrote a letter 48 years ago. She expressed her thoughts by saying, “I was amazed that I could have the opportunity to write to a serviceman and maybe make his life a little simpler for a couple of minutes.”

John was the happiest person when he came to know that he would be meeting the woman who reinstated his hope in the times of struggle and also played a huge part in reuniting him with his family when he was not even sure if he would live anymore.

The moment they met, John could not control his emotions and hugged her to express how thankful he was for her. DonnaCaye was equally happy to meet the serviceman and felt great to have been such an important part of his life!