Life is all about process and movements. People move from place to place to earn a living ar satiate themselves with the amenities offered by these places. But have you ever come across people who took to some 30 countries and 40 states before finally settling down in their new home? Well, here we have Ashlea Halpern and Andrew Parks who have achieved this mindboggling feat. 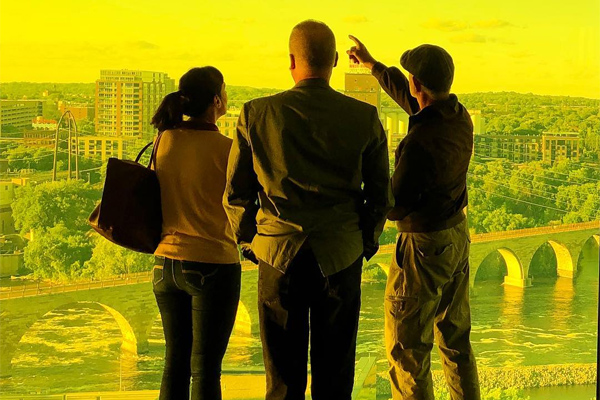 Adorned with its thrilling sky scrappers and fast lanes, New York was never considered by these two ex-New Yorkers as a perfect home to live in. But for people like them who aspired to be big names in the sphere of journalism, New York was just the place in those times. Thanks to the advent of technology that led to the evolution of our digital world, this did not appear a necessary condition to them. This showered on them the liberty to work from any corner of the world.

Met Parks at student’s newspaper of Syracuse University in 2001, Halpern found a perfect partner in the quest for the perfect home. Their thoughts were initially laced with the feelings to settle in Los Angeles. But the high cost of living there turned their prospects down and eventually they left on their journey. They travelled with high spirits across the globe to catch every part and check out the one that met their interests and needs. 40 states in the United States, were toured by them in 16 months with 229 city road trips. Cities like San Antonio, Dever, Portland, Birmingham, etc. also made to their travel list. The couple also spent some eight months in Bangkok to look out for the solace that they needed.

Their three and a half-year-old quest met its end when they finally picked Minneapolis as their final destination. Losing their hearts to the pulchritude of the city of lakes and parks, they embraced its offer to be their new home. They were so amused with the bounties offered by it that they started their website called ‘Minnevangelists’. The duo keeps posting the charms of Minnesota. Starring in Star Tribune, Halpern and Parks have become local celebrities. Aged at 37, they are currently disseminating their explorations under ‘Reasons to Love Minnesota’ charter. One can log in to their website and Instagram pages to check the stars and newbies of the city.

The story of Parks and Halpern clearly expatiates on the amazing side of journeys. Their trail of exploration yielded them the satiation that is much sought in the world. Cities are not just the places to spend lives in but they encompass many obscured veracities of the development of the world. They not only shape lives but also build one’s thought process and character. So when it comes to the aspect of the home, choose the one that can rightly tune in to your soul and usher a positive vibe within you.