The American-born British royal, Meghan Markle has everything a girl would want in her life. The Duchess of Sussex leads a dream life. However, this girl wants nothing more than Markle’s look. Hence, she had undergone a six hours surgery to look like Meghan. 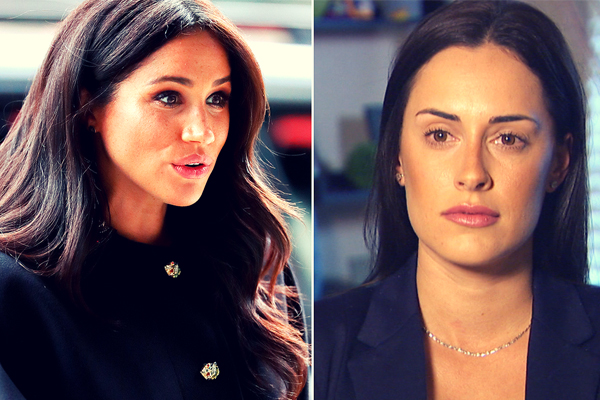 A successful career, a prince in her life, and now a royal newborn in her life, what else would she want? Right?

Maybe Tanya Ricardo wants all of it and that is why she decided to take look of the Duchess of Sussex. We don’t know if her assumption is going to be real or not but we can definitely take a look at her story.

Going under the knife after being influenced by celebrities is quite common these days. However, aiming to look exactly like them is insane.

The 30-year-old reached out to a plastic surgeon to get the look of Meghan, as it was her lifelong dream. She works in the oil industry in Houston and wanted to look like her favorite celebrity since forever. Dr. Franklin Rose is the artist behind this surgery.

While talking about why Tanya wants to get the look, she said, “She’s graceful, a very, very graceful woman. I want what she has that I don’t.

She has these great curves, what I want is to achieve the same thing through here and get rid of this so that I have a great, flat stomach.”

She wants everything to be like Meghan’s and it includes her face, her chin, her bosom, her stomach, her hips, her lower back, and her bum.

Till now she has undergone eight surgeries and they include, cheek countering and filler, liposuction under her chin, chest implants, liposuction on her belly, hips and lower back.

Everyone in her family supports her insanity and it includes her mother and her boyfriend.
After six hours of surgery, her face was covered with bandages and she is happy to undergo the procedure.

She agrees that it is insane but she is not any less proud of her decision. We just hope this story reaches out to Meghan Markle, the Duchess of Sussex. So that her favorite celebrity can know how people are crazy about her.