People survive with some bizarre abnormal bodily conditions. This girl is one of them and there is no solution to the sweating game she is facing. 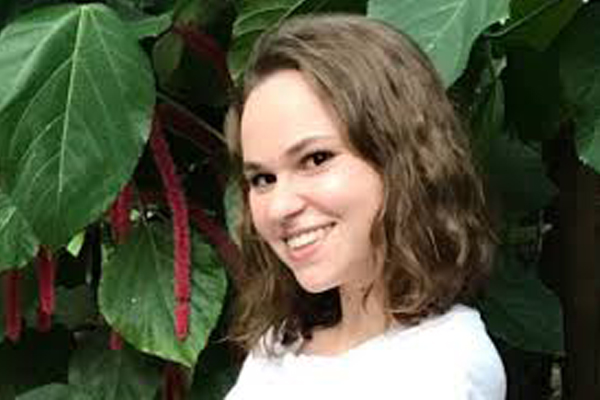 20-year-old Sophie Dwyer, seriously sweats like a beast, not for a race or a workout sesh, but in her routine life, sweating is a serious issue. Her clothes are wet during summers and her clothes freeze in winters. Sophie has hyperhidrosis, which causes her to sweat in large amount from her hands, feet, and armpits. This leaves her with not many options to wear, her only choices are either black or white.

She has to drink six liters of water to retain the standard level of moisture in the body. This problem has made her seize dreaming of becoming a doctor. Her growing up years have been tough. When she was born, her parents didn’t consider it abnormal but as she started going to school, students were mean to her and teachers used to judge her as they thought she had peed in her clothes.

It was tough to grow up with a condition which only one or two people get among 100. But as she has grown up, she has embraced who she is. She has tried to get over her insecurities and tried to adjust with the kind of body she has. Sophie has tried numerous treatments, including iontophoresis-immersing the hands in water and passing an electric current through it. However, nothing has worked out so far. Also, Sophie can’t afford Botox treatment which cost $1,500.

This situation has also made her dating life tough. Whenever she mentions her condition, people are weirded out. On one of her dates, the guy took it very normally but then kept bringing it up and made fun of it throughout the date. Harsh!

Her say on this is “When you have a disorder like mine that you can’t control or stop, you can either let it make you miserable or start to own it. So I started to own it, openly telling people about hyperhidrosis and how it affects me. I think people respected that. I feel like I have to embrace this, not to shy away from it and pretend like everything is fine. I’m going to spend my life living with this – so I have to face up to it.” She has overcome all the nuisance people create and has made herself an Instagram account on which she openly talks about her condition and is confident in her skin.