They say that you meet the love of your life when you are not looking for it. But maybe you find one when you are looking for mac-and-cheese at Costco. Yes, that’s where Jessica and Brandon met and came back at that spot to get their wedding pictures clicked! 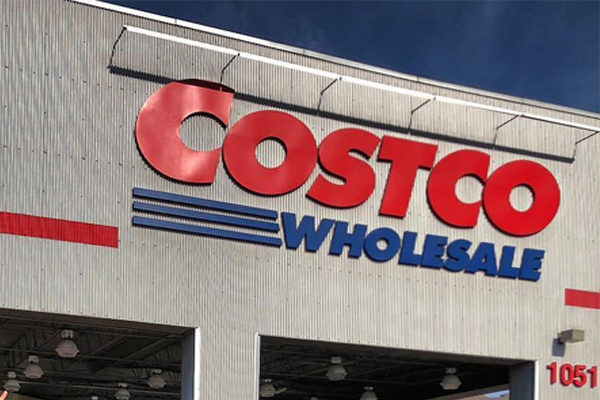 What are the chances of stumbling upon your partner for life in the mac-and-cheese aisle of Costco? Probably very less! But this couple falls under that rare category. They found each other unexpectedly amidst looking for a conclusion on mac-and-cheese.

Jessica and Brandon Brown are now husband and wife who first met in the supermarket. Jessica and her roommate were having a discussion involving mac-and-cheese. She told her, “I was saying how I wish it was good for you.” Costco posted their entire story on their Facebook page.

Brandon entered their conversation at that moment by saying, “It’s good for you. It’s cheese — and it’s Costco.”
Well, it might have made sense for them at that point because the next thing they did was exchange numbers! What a debate it would have been!

They connected so well and decided to get married. One month after the wedding ceremony, this adorable couple headed back to the mac-and-cheese aisle of Costco in Waipahu, Hawaii and planned a fun photoshoot there!

Nothing says love quite like mac and cheese. For Jessica and Brandon, it brought them together.The now-married couple…

They wanted to capture the moments filled with love in that place and yes, love poured when they posed!

Jessica said, “We’re a very playful couple, I think it contributes to the success of our relationship. He’s literally my best friend and we’re always up to some shenanigans.”

They posed in a very cheerful way revealing their lively side and even took a pizza break in the store in between shots!

The couple wished to relive the memories of their first meeting and did it in the cutest way. This is another way of strengthening your bond with your partner, keep visiting the places you went together in the beginning!