A tailor named Makayla Wray has hit the New York City streets with her mobile tailor shop on a pushcart after the pandemic blue squeezed her living. She renders her service to an upscale designer in Chinatown. But the evenings of Tuesdays, Wednesdays and Thursdays make a change as she comes out with her cart for the on-spot fixings. 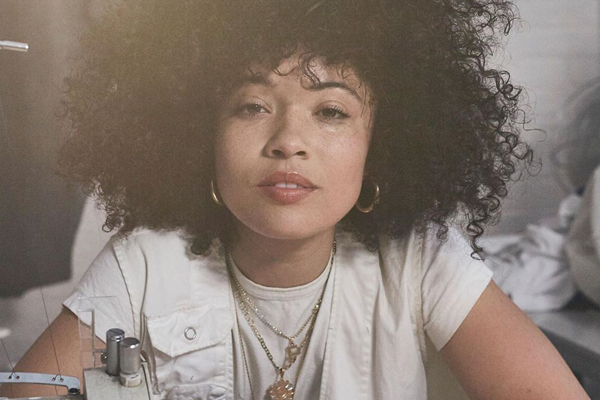 Pandemic has smashed the old ways of winning a living around the world. Thus, souls are trying their hands to mend their economic ways and take a turn around. The raging period has thus paved way for stunning professions and tricks. A woman named Makayla Wray has also embraced the trend and taken on the streets with her tailoring skills and art.

Wray used to don the crown of a comfortable freelancer. But the pandemic came and hit her business. Like her other counterparts, she saw her earnings tumbling. To resurrect her living and walk the talk of the situation, she decided to move back to the old way of hawking. She bought a pushcart in June from Byron Kaplan, who was her former boss at Peddler. She had worked at the “mobile coffee shop” in 2018.

Then, she went ahead to make the changes to transform it into a cart that could support her tailoring business. Then, she took on the New York streets to revive the old business charm of New York. She got a vintage Abraham & Strauss and Singer sewing machines on the cart with colorful threads lacing the deck.

Well, that’s not her regular job. She works at the Chinatown for an upscale designer during the day. She takes to the hawking activity on the evenings of Tuesday, Wednesday and Thursday in a week. She illuminates her business at 5:30 p.m. at the corner of East Houston and Mulberry streets and carries her work until the darkness fills her surroundings.

The tailor from Pittsburgh offers quick fixes and elaborated design works and transformation. She charges a nominal fee for her tailoring services, like two bucks for an on-the-spot button and $15 for a hem. Not just that, she also thrills her customer with the transformation of the old clothes. For instance, she made a teddy bear with some old cloth. To keep her customers up, she advises them to enjoy their drink at the nearby Botanica bar.

Taking on her routine, she shared, “In the morning I make runway clothes, then I come in at night to hem the little guys”. Adding to that, she shared, “People say to me, ‘You’re keeping [the spirit of] New York alive”.

Taking on her former boss, she shared, “Byron used to say, ‘You should work full days,’ and I told him, ‘If you put a sewing machine on this cart I could’. It was kind of a joke”.

Shedding light on her initial plan, she shared, “I was originally going to park it [one block west] under the Calvin Klein ad to create a contrast between me and the fast-fashion billboards,” said Wray. “But there’s not as much foot traffic there”.

Revealing her activities, she said, “I use every inch of material that I can, and I’ll turn scraps into teddy bears”. Adding to that, she said, “Some guy wanted me to repair Army pants that had a bunch of holes and tears. The pants were his grandfather’s in the war, and his dad also wore them and passed them down”.

The new business charm is up!