True friends are the ones who know what is best for you whether we talk about career or even a partner. This man turned out to be the best friend as he came across a girl on tinder and set his friend up on a blind date in Rome. 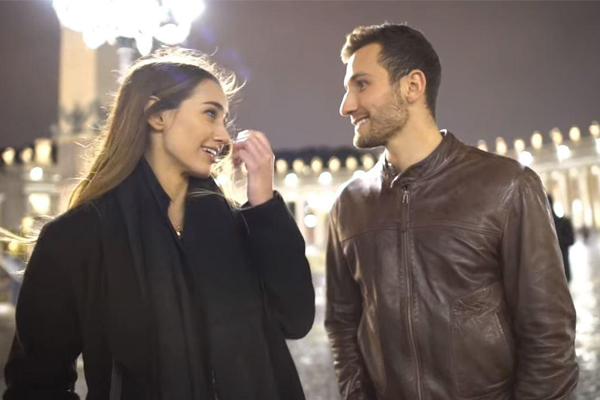 Matt Dajer, had no clue what were his friends up to but he still he followed their plan. And soon the YouTuber was heading to Rome to meet his blind date. He had no idea how she looked and what she was like. Flying half way around the earth just to meet someone can definitely qualify as crazy.

Co-host of American YouTube channel, Yes Theory, Matt Dajer was set up with Sarah De Vries by his friend Ammar Kandil. While Ammar was on vacation in Paris, he was swiping his fingers on Tinder and came across this girl who ticked off all the boxes of Matt’s choice. Funny, outgoing, clever and Australian, the girl seemed perfect and he tried to get in touch with her through Instagram which turned out to be successful.

He offered her a free trip to Rome and the university exchange student was then flown in the same flight as Matt. Ammar and the rest of the crew had planned everything and the two of them even bumped into each other. Both of them arrived at the airport at 2.30 in the afternoon and the girl approached Matt and expressed how excited she was for the date that was to happen that evening. The guy had just a couple of hours to prepare for his date.

He found her beautiful and was willing to spend all that he had for the date. He planned for a ride round the city on a Vespa followed by a romantic dinner at the world-famous Pierluigi and gelato at the Trevi Fountain. The girl didn’t tell her parents about the trip with random guys and the guy called this experience “kind of crazy”.

The setup was a success and they dated for almost a year but they called it off when Sarah was offered an internship in Europe. Sarah did accept the internship the relationship had to end. The crew explained the side of the couple and said, “They said they both felt love for each other but their careers took them on separate paths.”