We know how seriously people take their proposals. The rule that a person should spend a quarter of his annual salary on the engagement ring should be banned after this man gave a £1 ring to his girlfriend and she is more than happy to accept it and is now on the way to get married. 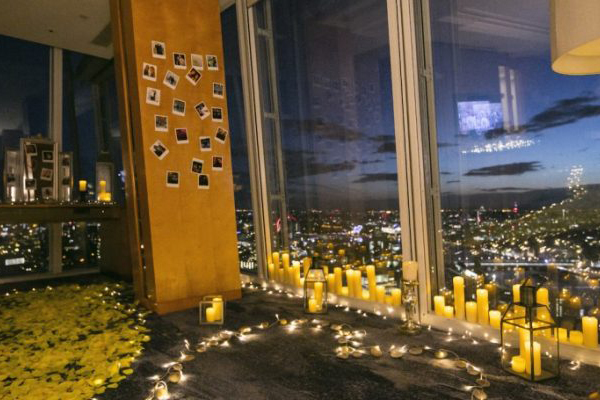 Barry Fricker should be earning £4 in a year if this rule was for real. But that is not true and he was inspired by Channel 5’s “Do The Right Thing”. You might be judging him for being a miser but his girlfriend, Lizzie Bennetti didn’t take a minute to accept the proposal. Why’s that? Well, because not everyone weighs love with the kind of ring they get for the proposal.

She was actually not just delighted but was blown away by the idea he had come across. She feels that the ring was meant for her. The ring that was bought from Poundland had a blue topaz stone in it and it fit her perfectly. Being a former jeweler, Lizzie’s happiness is another surprise.

She thinks that it was fate and that ring was made for her proposal only as the blue topaz stone is her birthstone as well.

She knows that she can’t really pull off the ring every day as it will tarnish, so she has decided to keep it in a box and wear it on special occasions. Sounds sensible to us.

When Barry heard Eamonn Holmes and Ruth Langsford talk about a frugal ring on the show he got the idea. Also, he and Lizzie had been spending days out going up beyond ground level to get over their fear of heights together. So, putting both the ideas together he got a ring form Poundland and proposed at the top of The Shard. This deal was about to get sealed as Lizzie couldn’t refuse this offer.

The plan was about to get failed as Lizzie was in no mood to go to the 72nd floor to the viewing platform. But later she was convinced by her friend Sarah who asked her to come for her daughter’s 12th birthday party.

She later said that getting over her fear and then being proposed was the best idea. Sarah pulled her away for a selfie and there she spotted a wall full of roses and Barry on his knees. She was mind boggled for a while but when people started cheering, she couldn’t believe that moment and she thinks it was a magical moment.

Also, if you think that this was a cheap way to propose your lady, then know that Barry later gave her a diamond solitaire band worth a £5,000 and it was definitely not from Poundland.