People try to sneak in stag entries in a club but how many of you have tried to sneak in your dogs in a nightclub? Dogs are not allowed in this fun zone but the heart wants what it wants. This woman wanted to celebrate the New Year with her pup and for that, she had to sneak it in the pub. 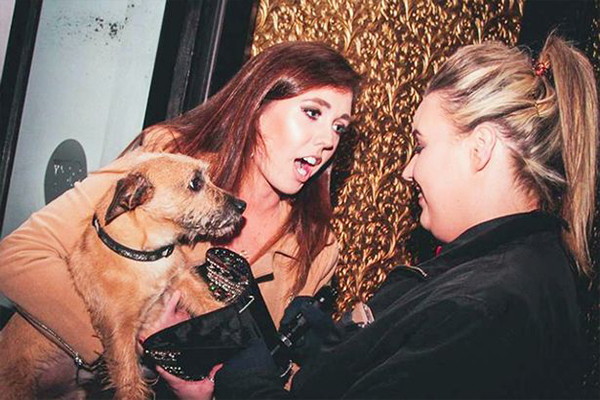 No nightclub would ever allow you to take your pet along with you. An unnamed Irish woman tried to sneak in a Nightclub in Monaghan, Ireland as she wanted to enter a brand New Year with her munchkin.

Photographers are all around the place and that is what happened on that New Year Eve. A photographer at Vibes Media, Diarmuid McCleary caught this moment on camera. She hid her dog in her coat and she was caught. However, before this happened, Diarmuid captured her and shared the image on social media.

While talking to a media house, he said, “The girl tried to hide the dog in her jacket but was caught by security. She wanted to spend New Year’s Eve with the dog but her dreams were crushed!

I don’t know who the girl actually is I turned around and just seen her being stopped at the door [of Spy Nightclub]. The dog was never in danger or was there any chance it would be let in as they security at Spy are top-notch.”

Despite the fact that the dog didn’t get to spend a good time in the nightclub, the pup had a great time. The rest of the night, he was being petted and cuddled.

The picture was shared on Vibe Media’s Facebook Page and received quite some hype.
So, the next time you try to sneak in your pet into a nightclub, know that you might just land upon a Media house’s social media handle.