We have been mates pranking one another every now and then. However, it would be so much better if the mates didn’t take the pranking outside the home or personal space like this best man did to the groom-to-be. He gave him a boarding pass, which was equal to the size of the bus shelter. 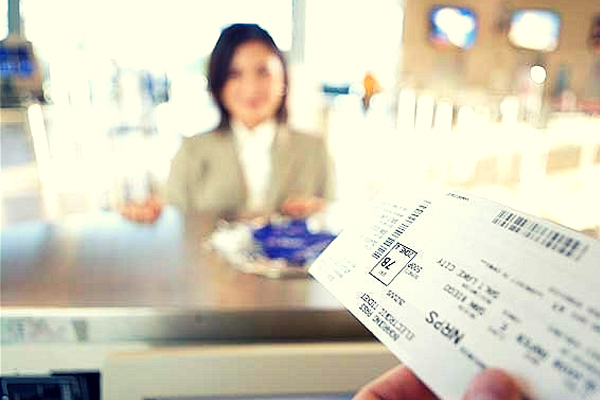 Dan Rawlinson, the best man, had a fun plan up his sleeves for the weekend trip. He was handing out the boarding passes to the group. There was a special boarding pass for the man of the hour.

The groom-to-be, James Ormond’s boarding pass was basically six feet tall. He had to unfold the boarding pass at each checking point. They had to board a flight to Krako. The man behind the idea was Chris Hodkin.

He said, “It was hilarious, I just couldn’t stop laughing and felt like we pulled an appropriate gag for him based on his height. One of our friends Isaac [Pailing] works for the council and paid for their printing services – the pass was the size of a bus shelter. It was custom-made. James is six-foot-10 and we struggled to get it that big but we pulled it off. It was six-foot-two.”

He further stated, “When the best man was handing out the boarding passes, he didn’t hand James one at first and we were winding him up that he was going somewhere else. Then he whipped this massive sheet out and it was folded down to bigger than A4 and that was the smallest we could fold it.”

They obviously needed a normal size copy as they needed to scan it while boarding the plane.

Chris explained, “We went through the scanners and the two officers asked for his boarding pass. They made him hold the whole thing up. One of the lads asked if he could walk really far back and try to scan it from far away, but luckily they’d printed a small one-off in case. We took it back off him though, so he still had to keep getting it out every time.”

He further explained the situation and said, “As we were going on to the plane, we walked through and I asked, ‘will you make sure you check this guy’s boarding pass?’ The air hostess said, ‘we have to, it’s the law’. We stood in the corner as he came through and had to open it up to be checked. The staff all took it really well and were laughing too.”

We are glad the humor still exists and people don’t really get offended on such lame jokes. Also, the airline authorities see such pranks being played on a daily basis. So, they are kind of used to this drama.