Having a beer while you are having a long haul during your journey is such a bliss. Killing your time while you are just waiting to reach your destination can get tough but if you have your beer, it gets easier. This airline is providing you with that only and all you gotta do is serve it for yourself. That is not much of a trouble, is it? 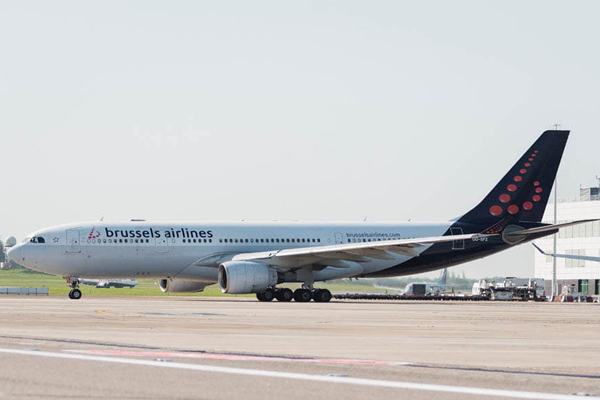 The excitement to get your food and drinks while you are on your flight is excessively much and that is the only part that makes your fight interesting. The little treats make us get fresh and kills the monotony. The best part of these breaks is the boozy drinks you get, only if you are grown up.

Brussels Airlines has been focusing on Belgian beer excessively in its newly redesigned Airbus A330 cabins. We know Belgian fries and waffles are specialties as well but let’s just focus on beer for now. The part that makes it better is that you have a walk up, self-serve bar.

Yes, that is what we want you to know, you can just walk up and grab a beer on your own. We know the beer is the best part of the deal but some added benefits are that you get to stretch your legs and also socialize at 40,000 feet. There is no specification what are the exact beers they are offering but the number of beers is eight. We are not sure whether all the beers will be Belgian or not.

However, the pictures of the press conference feature bottles of Leffe, Hoegaarden’s Forbidden Fruit and 888 Tripel Eight. We are looking forward to this trip via Brussels Airline.

We are not saying that this is the first airline to introduce a bar to its business class flyers. Emirates has stocked its bar on its A380 aircraft. Korean Air has named its bar the Celestial Bar. Also, Virgin Atlantic’s pink-lit onboard bars is nothing less than a nightclub in the sky.

Brussels is just one of the few who lets its travelers popup the bottle on their own. This facility is better than the Belgian chocolates they are serving onboard. If you are one of those who can’t really afford the first class ride then we hope you enjoy airborne Belgian brew-fest.

This offer is for the intercontinental flights and the cities are not yet confirmed.