“Do not even think of selling a golf club online to someone from East Kilbride”. A man said he was blown away when a possible customer by mistake send him a message on facebook which was meant for his friend. The message disclosed a dangerous plan to exploit him. 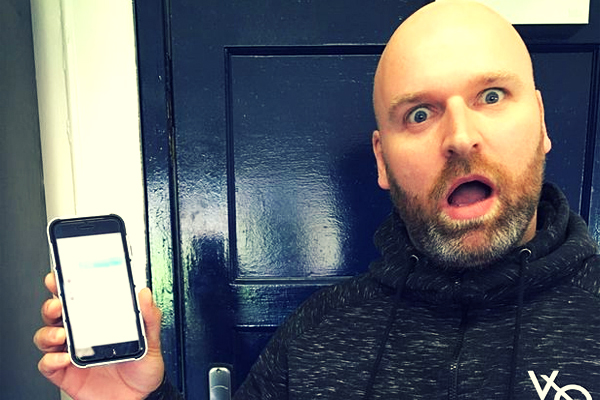 Gregor Ford, the owner of a golf putter, had put the putter on a sale for $25 on facebook. He received a message from a stranger enquiring about the availability of it. Therefore, Ford asked him if he was keen to purchase the same. The customer told that he was a resident of East Kilbride. Gregor kindly proposed a deal that he may avail a discount if he himself comes and collect it. It was shocking for Gregor when the conversation took a completely different direction. The next message was written phonetically which was appearing to be in some kind of regional language.

“Awryt mate am goiny meet some geezer for a new putter, wanty come with me and we’ll just do him in and take it off him lol”. Oh! Evidently that message was mistakenly sent to Gregor and it can prove to be harmful for him. The stranger then tried to cover up his mistake by saying that the message was not meant for him but his friend. The stranger further asked him where he resides.

Fortunately Gregor was smart enough to not to fall in his trap. He didn’t sell the golf putter to the stranger. Instead, he took a screenshot and uploaded it on twitter trying to make people aware about the fraud that could have taken place. He entitled it not to sell a golf club to someone from East Kilbride.

I can assure you it's a real message as I am the seller. Just couldn't not share it! Putter is still for sale if you're interested?🤔

What can we say about Gregor from this incident? He surely did gain some experience!

It seemed much unbelievable to be agreed upon by some people, so Gregor even verified that it was a valid message. It may be possible that the stranger from East Kilbride was pulling up a prank by sending fake messages to the wrong person intentionally. But it’s always better to be on a safer side than regretting it later. The tweet somehow turned to be very trending with almost 15,000 shared and 27,000 likes in the previous day.

We hope that you don’t come across any prankster or thief ever. Even if you do, may he be like the one above, and you will always be safe!