We have seen a number of brain injuries in all these years. Most of the patients are children and teens who are involved in some kind of sport. According to the government report, from 2010 to 2016, approximately, 2 million children, that is 283,000 each year, were seen in emergency rooms in the United States. 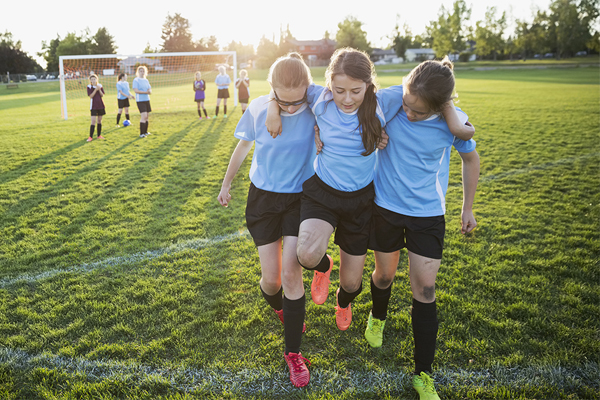 The sports that have led to maximum brain injuries are football, bicycling, basketball, playground activities, and soccer. According to the Morbidity and Mortality Weekly Report, these sports have directed most children and teens to emergency rooms for TBIs.

Traumatic Brain Injuries include concussions and have a severe impact on the head and the rest of the body. As youth sports is growing each day, the injuries are increasing as well. Hence, this issue is of major importance these days. Repeated blows to the head that happen while playing football or soccer ball, can lead to long-term physical, emotional and cognitive consequences in children and teens.

Such damages can really hamper their growth in the future. Developing nervous systems and thinner cranial bones of children are at higher risk of being damaged. Damage to these increases the chances of traumatic brain injuries and the consequences can be serious as well.

Now, the number has become stagnant and among the children, the number of boys is twice the number of girls. The most affected age group is the ones in the group of 10-17. The reason for this is that older boys participate more in contact sports rather than girls or other young kids.

Also, contact sports such as football, soccer, basketball, lacrosse, ice hockey and wrestling sends more children to emergency wards when compared to non-contact sports. The number is four times than the kids who are involved in recreational activities.

The Prevention And Treatment For Such Traumatic Brain Injuries:

Reducing player to player contact and changing the rules can reduce the risk of major collisions that can create critical situations. If in some case, it does happen then diagnosis and treatment on time are essential for recovery.

A new set of guidelines were released last year for the diagnosis, treatment and long-term care of children and teens with traumatic brain injuries.

The guidelines suggest that image tests should not be conducted regularly on children who have mild TBIs. The symptom scale should be based on age groups and assessing a risk factor that can prolong recovery is important too.

Also, kids and parents should be provided with instruction on how they can get back to the activities or the non-sport after two or three days of rest.