We are no stranger to the fact that our smartphones are ruling over us. Our hands are addicted to their presence and our fingers have the stamina to scroll for hours. So, when a survey was conducted asking people to choose between their smartphones and their dogs, 40% picked the frosty part of the technology over the warmth of a furry friend. Bring us those lonely pups already! 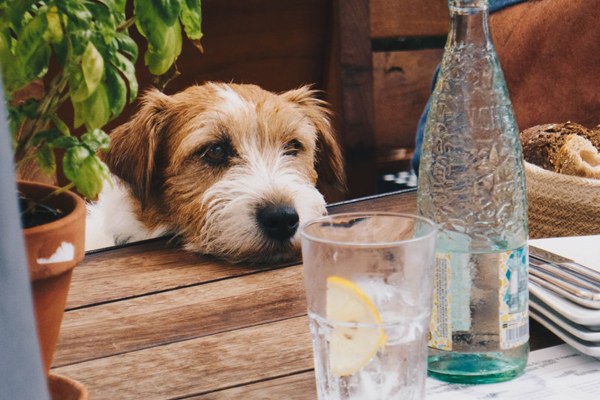 Here’s a hard pill to swallow – we have succumbed to the power of these smartphones even if we never accept it. But one poll by the text messaging marketing agency, SimpleTexting, has proved this right.

This survey involved 1,000 people who have been using smartphones religiously. They were asked to choose between their phones and dogs to give up for a month. Guess what? 40% of these users glued to their phone screens picked the technology in their hands over the boundless love of a canine!

This result declaring one-third of the people forgetting about their adorable pooches hits our hearts so brutally. Who can ever give up on those random hugs and cuddles from the cute furry friends? Recall those bad days when even scrolling on our phones couldn’t cheer us up!

We know our daily lives depend a lot on those gadgets that handle everything from an urgent call to playing soothing music after a long day. However, just imagine the adorable face of your dog when you have to leave them for a month. Won’t the puppy eyes melt you?

In another round of this survey, the results are not as disheartening as in the case of a canine. Rather, they are entertaining in this scenario. 42% of those polled revealed that they would give up their partner with whom they are romantically involved instead of choosing to spend a month without their smartphones.

We can’t tell what’s worse – obsession with the phone or detached relationships?

This survey involved Americans from all 50 states. They were given various other options with the phone to pick from. When asked if they would give up booze for a month in order to be close to this piece of technology, 72% agreed and were ready to bid goodbye to alcohol for four weeks. 64% would give up coffee!

That’s not all, 60% of those polled said that they would quit social media if they could still have their phones. Phones without social media? We guess they made a weird choice here!

It looks like people can’t survive a moment without their phones being on their side (mostly, in their hands). Smartphone users are even prepared to squander large sums of money just to keep their phones close. Yes, 35% admitted that they can pay $500–$2,000 if it allows them to hold onto their phones for the month.

Social media, alcohol, or other stuff doesn’t bother us as much as giving up a pooch for the sake of keeping that impassive gadget. Not a smart move, guys! Keep your furry friends closer and phones a little farther!