Parents always want and know what is best for their kids. However, someone will always have an opinion on what kind of parent you are. This man did what he thought was an appropriate way to punish his bully daughter but people have opposite opinion about it. 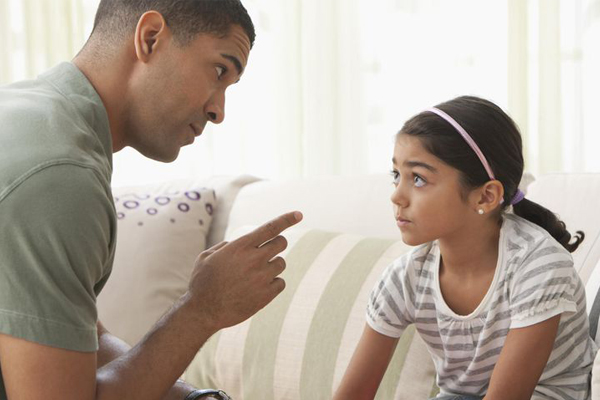 A little 10-year-old girl, Kirsten, from Ohio, was a bully and had been doing it for some time. She had been kicked off the bus for bullying a child before but this time she was suspended from riding the bus again. Having a car at home she wasn’t bothered about the consequence and she reached home to declare that for the next one week her father will have to drop her off to school. But her father refused to take it the second time.

To make his daughter a better human being he had a plan to teach her a lesson. Her father, Matt said, “Let me make this extremely clear, bullying is unacceptable, especially in my household.” He was aware of the fact that bullying affected children’s psyche and had terrible effects on the little ones. Unfortunately, many parents of bullies don’t pay heed to such instances but this one was not going to do that.

Matt had an idea how for granted his daughter was taking the facilities she was having. So, he decided to put her in a situation where she knew how ungrateful she was to the hard earned money. It was 36 degrees and Kristen was punished to walk the five miles it took to get to school. Matt split up the five miles over three days, so Kirsten had to walk 1.5 miles each morning. This would allow Kristen a lot of time to think about what she had done wrong. After all, bullying was not appreciated by anyone and it can harm people.

He obviously is a considerate father and he used to follow her in his car and during all this, he did record all the act. He decided to upload the video on Facebook and the video then had 350,000 shares. The response was so overwhelming that Matt had to make his page private to avoid the number of messages he was receiving.

The people had a mixed reaction to his video. Even after all the backlash, Matt thought that he knew what was right for his daughter and it did teach her a lesson. The girl was a bit upset when she started walking to school but by the end, she did realize that the bullying was not something she should involve in.

He considered himself accountable for the actions of his daughter and wanted to improve her attitude towards other children. That is the kind of parenting we need in our society to teach bullies a lesson.