Kiara Wood-Lowe, a TikTok user posted a video in which she showed her followers how she prepares lunch for her boyfriend for work. She was quite instantly lambasted by other TikTok users for the deed as according to them, it looked like “an eight-year old’s lunch.” 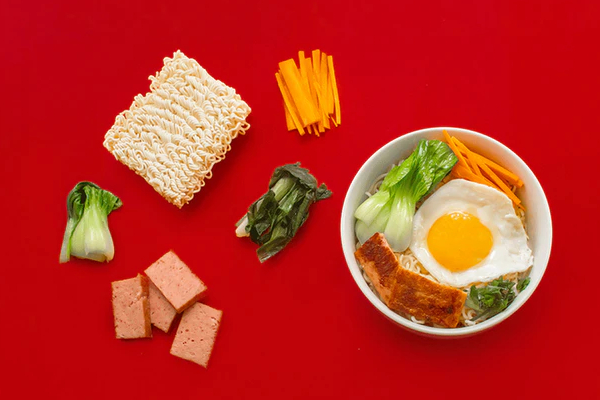 The woman was criticized by people because they couldn’t get why her boyfriend didn’t make his lunch himself. Known with the username “kiaraelainexx” on TikTok, the woman has received over 420,000 views on the same platform. In this particular video, the Australian woman can be seen preparing lunch for her boyfriend before he leaves for work. Kiara wouldn’t have ever expected to be slammed by her viewers after uploading the video. Some wrote that she shouldn’t make lunch for her boyfriend “like he’s her child”.

One of the lunches which she showed in her video included two yoghurts, dried apricots, banana chips, salami, grapes, cheese and crackers, popcorn and a chocolate bar. She captioned the video, “Making my boyfriend’s lunch for work.” But exactly the unexpected happened as a few TikTok users didn’t like her preparing lunch for her boyfriend. One person even commented “It looks like an 8-year-old’s lunch.” A second user wrote, “Get him to pack it himself.” Another person went on to write “Boyfriend or child?”

While there were people who criticized her, there were others who couldn’t find any fault with the healthy lunch. They appreciated her for her sweet gesture. A person wrote in the comments how she also makes her husband’s lunch everyday for him to take to work. She added that she doesn’t necessarily have to do it but she does it because she loves making lunch for him and as it assures her that he’s eating fine. Another person commented on the video asking Kiara if she could pack their lunch too.

More people went on to shower their love on the video. A third person wrote that her boyfriend’s a lucky man. Another person called her a real woman for looking after her partner. One person shared that their wife did the same for them and that it’s the best thing according to them and so they appreciate it.

After all the negative comments that she had to face, Kiara posted a second video on TikTok for “all the Karens and the negative Nancy’s,” where she confessed that she had forgotten to pack a wrap in the previous lunch video that she had uploaded. In the second video, she prepared a lunchbox which had dried apricots and bananas, a ham, salami cheese, salad wrap, yoghurt, carrot sticks with a dip, an oat slice bar, rice crackers and gherkins.

In her defense she wrote that she prepares her partner’s lunch because she prepares her own lunch at the same time and so she doesn’t understand what’s wrong with it. She further added that this at least helps her to know that he’s eating and that he’s eating good food that would give him the energy to sustain himself through the day because he works very hard. She also wrote that he needs quality food and not a chicken cheese sausage from the lunch bar, which she agrees are great but aren’t practical.