Moms can relate to every word of this story and would know the struggle. Cleaning the house is a task and getting your kids and husband to lend some help in this area is an even bigger mission. When this mom came up with an idea to succeed in this mission, things didn’t really go as planned. 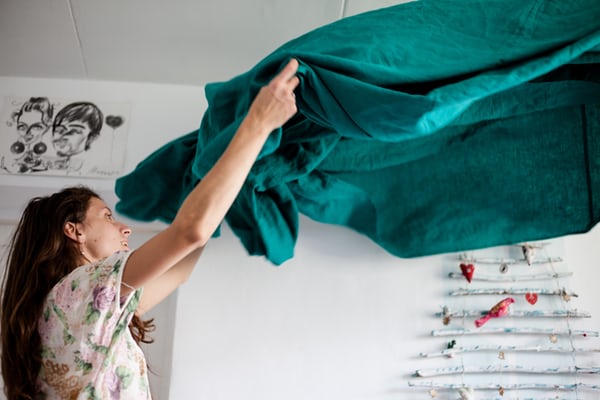 All the people who are staying in a house have the responsibility of maintaining it and running the errands around the house. However, all members except the moms forget this. You can spot others being lazy either lying on the couch or having a gossip session on the phone while mums are seen getting the mess away.

There are many tricks that have been tried and tested to get the kids to do some work in the house. Some fail and some fail terribly. This mom came up with another one and it’s up to you to decide how it went!

This mum’s game involves a lot of entertainment for her even though she hasn’t been much success in making those lazy ones to clean. She sticks a few dollars to the stuff thrown around the rooms. She even put a note that read “finders keepers!” to it. Obviously, whoever picks them gets that money. This stuff can be toilet rolls and random pieces of paper lying on the floor.

The cash is taped around these things and she just keeps increasing the amount when no one finds them. If anyone decided to help, they can expect this gift for their efforts but it turns out, the mom was the only one who got picked them eventually. Her family lacked the motivation to have a squeaky clean home. They need to know about the money involved!

This Australian woman shared her experience with this trick on Facebook with the pictures that revealed the money attached to the empty toilet paper rolls. They stayed there for seven days. What a shame, right?

The $20 taped to them came back to her as you would have guessed. She captioned the photos, “Needing something to inspire kids and husbands to tidy up around the house? Clearly this game hasn’t worked here yet, maybe one day. For now, I’ll keep upping the prize money, knowing it’s coming back.”

Many parents had good things to say about her attempt and admitted that they would give this a try too. One person commented, “My kids would probably pick it up, take out the money, throw it back on the floor and forget about the entire purpose.” We think that is just one of the consequences!

A few people already knew the outcome of such a method. They knew that cleaning is the last thing they can expect from their kids.

It would be interesting to see the results of this approach at various households. They would be hilarious if not helpful!