There are numerous movies based on the future and we are getting visuals of the future in real life as well. These four students from MIT have been able to create a futuristic Michelin quality restaurant where all the chefs employed are robots. 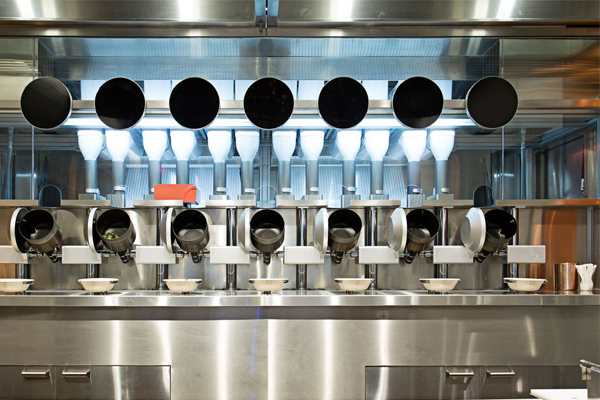 No, these robots are not just heating up the food in microwaves but also cooking fresh meals for you and you also have control over what ingredients goes in your meal. With the best technology and food, you must be assuming that the restaurant is expensive but the case here is the opposite one, turns out that the restaurant is quite affordable.

They are making meals to serve all kinds of taste buds and it does give us a vibe of stepping into the future. Robots are the first thing that comes to our minds but have you imagined robots cooking and serving food for you?

The Spyce Guys from the MIT created Spyce, a restaurant that is blending technology with hospitality and top class food. Michael Farid, Kale Rogers, Luke Schlueter, and Brady Knight took their first step towards their dream while they were mechanical students and the common factor between the two of them was hard work and love for food.

They were a bunch of four broke college students and they wanted to create something that offers both ceasing their hunger and not break the budget at the same time. They wanted to end the struggle of saving a penny and getting a healthy meal.

That is when they came up with the idea of a robot that cooks delicious food with all the nutritious value along with cleaning up the mess. The robotic obsessed engineers started the project and built one in their fraternity basement.

Farid, one of the engineers said, “Two years and many burns, bruises, and brussels sprouts later, we’re opening our first restaurant and we couldn’t be more excited.” Born in May 2018, the restaurant is opened in downtown Boston and is making news all over, not just because of the tech reason but also the culinary skills as well.

Renowned chef Daniel Boulud was then approached by the Spyce Guys for investment in the business, along with the other $24.8 million that they had managed to collect. However, Boulud had a better idea and he offered to become Culinary Director at Spyce in addition to becoming an investor in the business.

Menu direction and training the human staff is under the Culinary Director of the restaurant. The human staff is there for the garnishing purpose and they just add the final touches to the dishes. The restraint where robots are cooking and serving for you can offer a bowl at the average price of $7.50.

There is nothing better than a full and satisfied customer and that is what you will be when you enter this Michelin-Quality restaurant in Boston where you have robots waiting tables for you.