A lot of things go around in the minds of people when they have a hard time putting their lives together. Those thoughts are natural and often, quite temporary. But this 27-year-old guy has gone a little too far with his frustration by deciding to sue his parents for bringing him into this world. 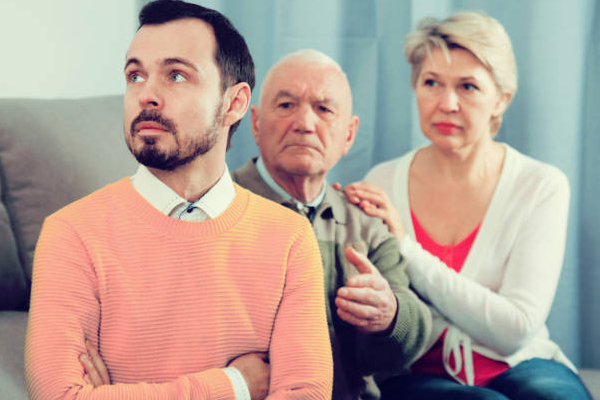 There are moments in your life which leave you questioning your existence and drag you into a world of thoughts. But then, your mind is in your control and you manage to come out of that phase with after-effects that are not so intense. But seems like Raphael Samuel from Mumbai, India is infuriated to some another level or rather has some stern anti-natal beliefs and wants to take an action against his parents.

It’s not like his relationship with his parents is strained or anything. They share a good bond and says, “I love my parents, and we have a great relationship, but they had me for their joy and their pleasure.”

He is not convinced with the idea of bringing a life into this world and making them go through all the struggles including studies and then burden them with the pressure of building a career. All of this trouble and without any approval! These are Raphael’s views and the thoughts of ‘Voluntary Human Extinction Movement’ (VHEM).

They are not short of reasons and explanations that prove they are standing for the right thing. Raphael wants to sue his parents for putting him through these battles of life which he never even asked for in the first place.

He even runs a Facebook page where he posts all about this topic and memes related to it. There is even a hashtag special to this page which is #parentsarehypocrites. We see no possibility of these people backing off from their mission that says – ‘Stop Making Babies’!

This group has decided on a national meeting to be held in Bengaluru on February 10. They are looking forward to discussing further steps to be taken in the direction of their movement and how to implement them.

Whatever the outcome of this movement is, we are curious to know and hope it favors everyone (which we are not so sure about!).