For those who have lived away from home with a bunch of people from different backgrounds and varying lifestyles, it is a common sight. Such people can understand the troubles of having an unclean and unhygienic flat mate. Living in a civilized world it becomes not only our obligation but also a moral duty to ensure that our surroundings are clean especially when we are living in a place shared by other people. But a man found an interesting way to deal with his unhygienic roommate! 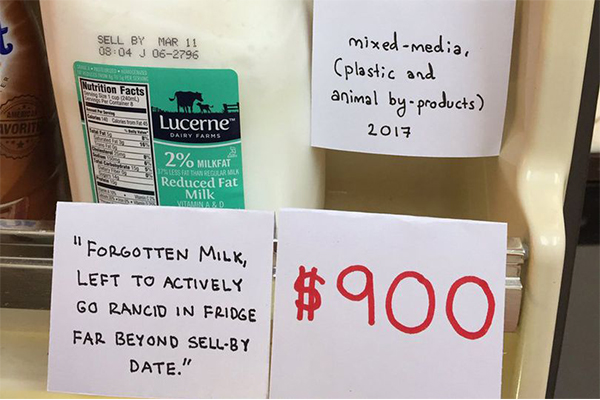 Of course, levels of cleanliness may differ in people- some are OCD about hygiene, while some maintain moderate levels of it but then there is this section that has no relation to a clean surrounding whatsoever. It is said that even a dog cleans the place before sitting but some humans have degraded themselves so much so that animals seem better in comparison. To cite an example here is a story of a guy who apparently had enough of the nastiness and dinge of one of his fellow apartment resident and so he decided to teach him the basic etiquette with politeness.

We agree it is impossible to be full of precision and organization-keeping your shoes immediately back in place, doing the dishes just after finishing the meal, etc. But all of us are capable of maintaining the basic levels of tidiness needed to sustain and avoid illnesses to spread and comedian Justin Cousson is gaining momentum for helping his fellow flat mates realize the same by leaving passive-aggressive notes all around the house. In an amusing post, he put up pictures of his messy house that he turned into an art gallery dignifying each waste item as a piece of modern art.

My passive-aggressive art gallery is thriving, although some critics don't care for my emphasis on found pieces. pic.twitter.com/qp9hJ651tW

“My one of a kind gallery is growing day by day but some critics avoid taking notice,” writes Justin. Things like an unwashed cheese knife, sour cheese smeared spoon, boxes on the couch age-old milk carton are funnily put to the auction from the prize ranging from five hundred dollars to six thousand dollars. He categorized all these masterpieces ‘mixed media’ and claimed the ‘age-old forgotten milk’ to be his favorite. “This one really evokes a deep emotion, it has been with us since 2017” he said sarcastically.

Now we know this is a bit too much but the fact that cleanliness is a much-needed thing needs to be addressed. We hope his housemates soon clean up before their precious stuff is sold out.