A metal detectorist named Paul Raynard hit a treasure of 84 gold coins while searching for his farmer friend’s wedding ring in a field. His metal detectorist friend named Michael Gwynne joined him in the ring hunt. The experts valued the coins at $128,578. Paul will share the amount with the owner if they go under the hammer. 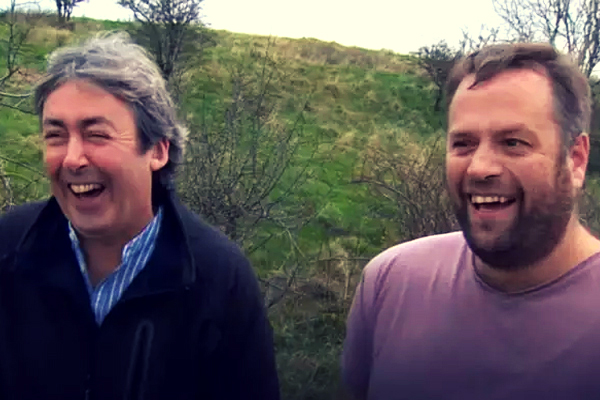 Golden moments float in one’s life without putting the bells of luck chime for them. Souls go crazy on discovering their moments and try to live those moments to the full. A metal detectorist named Paul Raynard cherished the similar kind of happiness and excitement when he put his hands on an obscured gold treasure in a field.

Paul and his friend named Michael Gwynne always longed to feel the charm of golden and shining metal pieces. They travelled across the country in the quest of their golden moments. But they could not capture the one they dreamed.

Putting aside their work pressure for some time, the two friends made their way to Ballycastle in Northern Ireland to give some solace to their drained souls. They looked around to breathe in the pearls of rejuvenation emanating from the lush green fields. The duo was unaware of the golden fate that was waiting for them.

One day, one of their friends (who is a farmer requested) them to do him a favor. The rural soul had lost his wedding ring while working in a field. He tried hard but could not find it. So he wanted to harness their skills of metal detection to wear his ring back. The duo readily agreed to help him out.

The metal detectorists embarked on the trail of the quest of the metal ring. They landed in the fields and searched for the ring in green living beings. Going ahead with their search, Paul hit upon something. He thought he might have hunted out the ring. The 44-year-old man went ahead to dig the earth. Proceeding carefully, he grabbed a five pence piece and a horseshoe. Then the golden coins rained on him! He went ahead to grab one after one.

Taking on that part, he said, “First thing I found was a five pence piece and the second thing I found were (sic) a horseshoe – so that must have been my lucky horseshoe. The next thing, when I dug the hole, I just saw three coins at the top and I knew straight away it was a hoard, so I was just pulling coins and coins out and it were (sic) just an amazing feeling, absolutely amazing feeling”.

The coins totaled to 84 and Paul was over the moon. He was smiling and crying in tandem.

He called Michael to grab the sight of the golden metal pieces. According to Michael, he got very emotional and tears poured down his eyes. Paul revealed that the coins dated back to the era of King Henry VIII. So the coins are not just gold but they also hold historical importance.

Paul has taken his treasure to experts who have valued them it at $128578 and even more than that! According to him, one of the coins is very precious and could fetch him $6428 at one stroke. He will share the money with the owner of the land if they go under the hammer.

Hopefully, he would put his lucky days in the right pot of life.