The advantage of being the householder is that he/she can personalize their living space into a home that demonstrates who they really are. Want a change in the color of the wall? Paint it! Need to open up a room? Take out that wall! 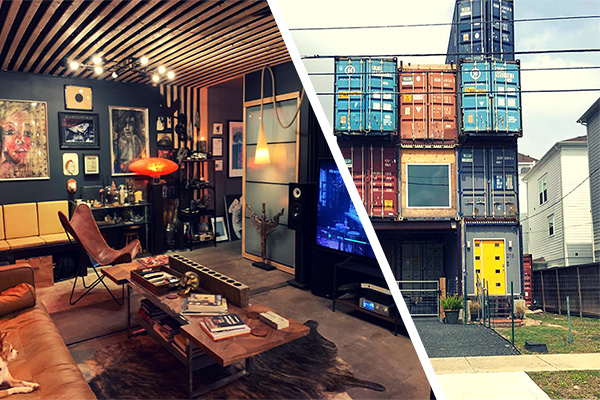 Certainly, if you want something out of the box and completely yours, you might have to do something extraordinary like Will Breaux did. Rather than constructing an attractive little bungalow or rustic townhouse in Houston, Breaux built a three-story house out of shipping containers.

It is a huge building covering 2,500 sq. ft. and even consists of a rooftop balcony. Will had this idea in his mind since early 2000s but there was no one who was ready to design it just as his standards. This ultimately led him to design it himself.

He wrote in his blog that he started looking at projects that were taking place that he liked. Eventually, an architect with a home builder family was appointed to draw plans for the 3-story townhouse to be built on the lot. After going through the same argument and not finding the solution he at the end had to get rid of that group because they weren’t willing to give him what he wanted. That’s how his trip to design his own house began around 2011.

No doubt Will was the only one who could come up with something this innovative. The idea didn’t appear suddenly in a mysterious way. There were notable asset when building with shipping containers that cannot be neglected.

Along with the stylish and distinctive way it’s furnished, it definitely is exceptional. Also in near future if he wants extra storage space he can easily build an addition (aka buy another container).