Can you feel the nervousness just by the mention of a first date? Everyone does, you can’t deny that! The first dates are special and anxiety creeps in no matter how much you try to stay calm. Now imagine being on your first date and your card gets declined. A nightmare, right? This guy had that moment and the events that followed were definitely unpleasant. 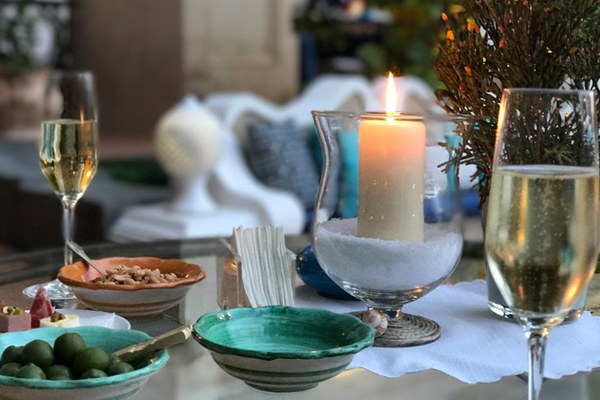 Calum appeared on the episode of “First Dates” with Lucy as his dinner date. Yes, this guy was on TV and how he wished he wasn’t! But things had to turn out that way.

So, Calum was having a good time with Lucy on their date and he didn’t shy away from flaunting his luxuries and high-class living. He had already mentioned his flower-selling business and how it took him to the opulent areas of Notting Hill.

Before heading in for the date, he revealed that he wants to visit those holiday cottages with someone special in his life. He wants to go on skiing trips with that partner and he is all set to find one!

Lucy made her way towards Calum and they seemed all set for a date. Calum started talking and he didn’t waste any time before slipping the 85-acre farm owned by his parents into their conversation. It was a smooth mention of his wealth!

If you think, he stopped after that, then you are so wrong. He bragged for much longer than he should have, considering what happened an hour later.

The bill arrived, Calum offered his card for the payment and it was declined. All this happened in a few seconds but we are guessing the embarrassment lasted for much longer.

After the first try, Calum tried transferring some money into his account, but all futile attempts! So, not just once, but Calum’s card broke his trust twice.

Lucy was continuously telling him to let her pay. She was definitely finding all this a little fun too.

Some lessons can be learned from the Calum’s situation, the most important one is making sure that your wallet has enough cash or your card is favoring you to pay the bill.

The second lesson you can take from here is to not sing one’s own praises when on a date as you never know what the next moment will bring!

The Internet expressed their thoughts on this whole episode. One person said, “He’s a prat! All mouth and no trousers!!” This incident is amusing but at the same time a part of reality which needs to be realized.