In this era, so many crimes go unnoticed and in some cases people ignore the wrong that is happening in front of their eyes. But this man is an example for the kind of humanity we need in our society and we are glad such people exist who can actually step up to save innocent ones from the bullies. 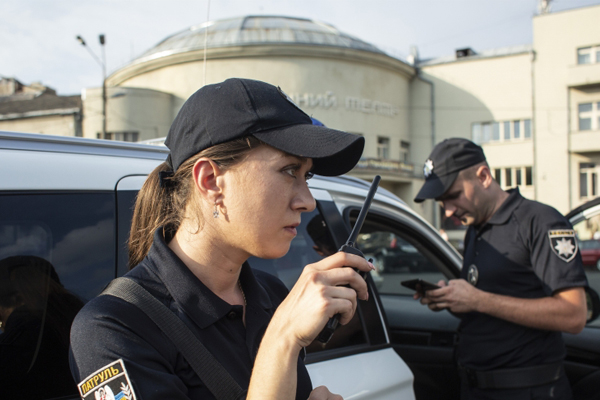 One evening, around 7 p.m., an unnamed female police officer was patrolling near the southern area of San Francisco. She suddenly received a call from dispatch when she was around the 4700 block of the city’s famed Mission Street. She ended up responding to the report of a woman jumping up and down on cars, denting them, vandalizing them. She took in-charge and went ahead to control the situation.

When the officer reached the spot, she tried using her de-escalation training to calm the raged woman and it did work but the sad part was that it was only for a minute. The suspect was much larger and much stronger than the officer. When the officer knew that she was successful in pacifying her, she took her under arrest as she had been breaking laws, vandalizing property and making a ruckus in the surrounding.

The suspect was not so happy with the consequences of her actions. She wasn’t going to be in arrest without giving the officer a fight. The lady started shouting as she was agitated but the officer was persistent about catching the suspect. It was the moment when things got dangerously violent.

Even after all the training, the officer was not able to match up the strength of the suspect. There was a point where she pinned the officer against a wall and slammed her head into it. The spectators were standing there and didn’t bother to save the officer. We see where the humanity is headed with such people in our society who consider recording such scene way more important than saving a human being. The officer’s cry was unheard to those bystanders but it was heard by a man who was crossing the street nearby. He saw some fight happening and the crowd surrounding it, and he went ahead to take a closer look.

Ryan Raso, the hero of the article, couldn’t look at the horrendous site and did something that wasn’t expected out of the other spectators. When the assailant tried to get hold of officer’s gun, Ryan didn’t wait to see the end result, he intervened and wrestled the woman to the ground. He held the woman down until other officers arrived and got the suspect under arrest. When the officers wanted to thank him, he was nowhere to be seen.

Cops wanted to show their appreciation for what he’d done for their colleague. Unfortunately, the authorities couldn’t find the 35-year-old hero, so they started off a friendly manhunt, not to arrest him, but to thank him for the courageous act. After four days he was located and officers talked about the spontaneous heroism to him and realized that he was going some hard times in the city and offered to help him.

Being a son of a cop himself, he didn’t think once before landing up in a risky situation. He did what was right and it was definitely not for swelling up in pride but for the sake of humanity.