The drink and drive cases have witnessed a spurt all across the globe. This mongering monster has claimed many lives and imparted heavy shocks to other beings. Heineken-a big beer brand in the Netherlands had too bore its brunt. An inebriated man once rammed his car into its Dutch headquarters. The incident made headlines but its prudent response rocked the media world. 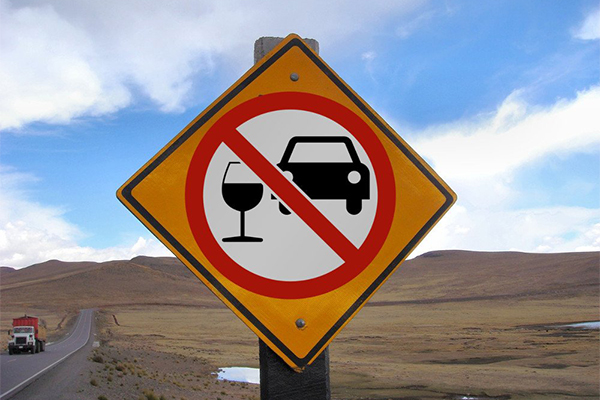 Standing in the busiest part of the Netherlands, Heineken headquarters was thought to be perfectly placed. But this hallucination got shattered when a 22-year-old man rammed his car into it in an inebriated state. According to the Amsterdam police, the driver was driving his silver Mercedes at very high speed. The traffic officers sensed his queer driving. They launched themselves to grab him. This led them to chase him through Amsterdam.

The wild chase came to a tragic end. The driver lost control of his car and crashed into Heineken’s Dutch Headquarters. The officers got hold of him and then arrested. With god’s grace, it didn’t hurt any soul. But for the famous beer brand, something was to be done. The officials of Heineken were thinking hard to baulk the would-be beer thieves from entering the headquarters. The construction of a temporary facade was going to take a good amount of time. Finally, they came up with something very charming.

Yesterday a drunk driver crashed into the Heineken office building. This is how they responded this morning, while the facade is being restored. from pics

Heineken officials arranged for a blockade to deter the possible intrusion. Next morning, people were taken aback to see it. It was not an ordinary blockade and gave a strong message to thwart drink and drive cases. With green color in its background, “WHEN YOU DRIVE NEVER DRINK” was boldly etched on it. A Heineken beer bottle was painted enclosed in a ‘no symbol’. The fancy thing made headlines all across the Netherlands.

The construction work of facade was being carried out behind it. People too captured its noble deed. Thus, the response of Heineken earned it a good name. A similar kind of incident broke out in 2013. An unscrupulous driver rammed the Ford Fiesta into a Kent branch of Specsavers. It made huge waves and got an immense response from all the directions.

Heineken did a great job on its part. But this should have been undertaken a little earlier. Had that been the case then it would not have incurred the loss of its facade. It had become an inspiration for the rest of the beer brands. The winds of awareness waged at the right time could baulk the unfortunate fate. A prudent way has to be embraced to shut out the caveat bells. The time calls out for a worldwide campaign to awaken the souls shackled in the chains of ignorance.