From the experience of a young girl having a sleep disorder, it is pretty much clear that an individual with severe sleep paralysis witness motionlessness and tiredness during sleep, haunting visualizations and subconscious mind occupied with terrorizing thoughts. The girl started experiencing undeniable terror at the age of 14. The pal of crippling sleep paralysis shadowed her mind and body throughout her childhood. 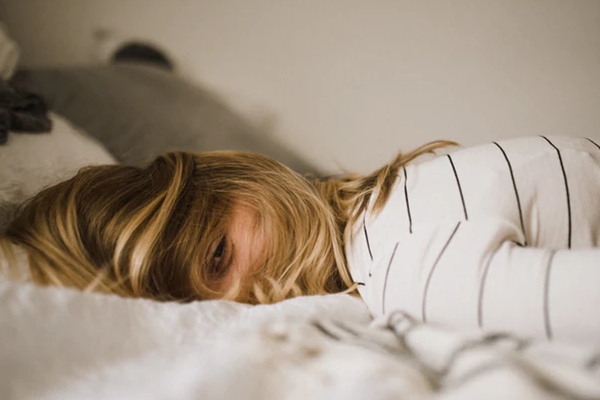 One day her limbs got seized up and she felt stiffness throughout her body as she heard footsteps approaching towards her bed. She tried to distract her mind by thinking about happy moments and other things. Despite this, she felt the presence of an enraged figure. According to her seemingly lucid mind, it was a shadowy, male figure who was constantly watching her.

She felt the similar terror many times before and spotted an old woman but this time it was even worse as the figure approached her bed slowly and the mattress sagged. The night seemed to be endless to her as she tried to control her fear of seeing lingering traces of the monster. Finally, she came out of the dark world of subconsciousness into reality as she woke up. She realized how thin the layer was between wakefulness and sleep paralysis.

Being a teenager, she used to feel the horrifying physical touch of the shadowy figures, tightness in her body, instant running across her room and traumatized with dark corners. The disadvantages of having this disorder were even worse as it led to sleeplessness, depression, anxiety and tiredness in brain. Finally, at the age of 20, she consulted Dr Irshaad Ebrahim from the London Sleep Centre which provides diagnosis and treatment for sleep disorders.

Dr Ebrahim talked about the two types of sleep, first the non-rapid eye movement sleep and rapid eye movement sleep also called paradoxical sleep. He further related dreaming and eye movement. He added that, in the condition of sleep paralysis, what is essentially happening is that we are waking up from sleep. But that element that paralyses our muscles in sleep, does not follow on by reversing the paralysis. The person is awake but still has the sleep paralysis that one experiences in REM sleep making it so much terrifying.

Despite all the information, she related the events with supernatural forces. She described the increasing pattern of horror and unbearable pressure with the passage of time until the point of saturation. However, Dr Ebrahim told that the subject of sleep paralysis was always the first choice of horror movie directions. The movies project an over exaggerated version of this. Moving on, he added that it can be corrected with appropriate knowledge.

The girl briefed about an incident she had at the age of 16 when her body became rigid and immovable one Saturday morning. She thought that she was rescued by her sister as she hugged her from behind but it was actually the cruel being who took her sister’s form to trick her.

She also stated how other family members helped her during sleep paralysis. Moving on, she revealed how petrified she was when she headed off to the university miles away from home. Fortunately, the episodes went on decreasing with aging and anti-depressants kept them under control. But she started living a happy life with a slight fear in another corner of her mind.