Seven best friends pooled their money to buy a three-storey mansion for their retirement time. The purchase (deal) and renovation of the mansion cost them 4 million Yuan (£462000). 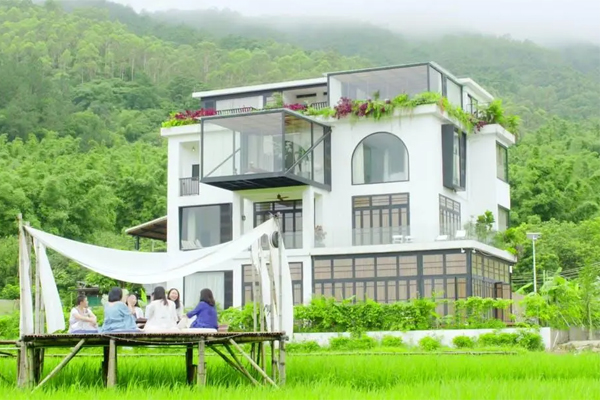 Friendship dons the crown of the most adorable relationship of human life. Many philosophers had eulogized it as a great healer of human sufferings. There are hundreds of stories that glorify this bond. But the move of a group of seven best friends took it to a higher level.

Their camaraderie started 20 years ago. The women met each other at work and then perfectly gelled on together. Since then they have worked out their bond into a healthy relationship. One day, they jokingly expressed their desire to live together. Eventually, the thought got etched in their hearts. They felt like making it a reality. So they huddled together and charted out the feasible ways to spend their last phase of life together. Finally, they embraced the idea of buying a house to live their retirement dreams together.

Their desire landed them up in the suburbs of Guangzhou which is a southeastern province in China. They headed towards a village that is situated 70 km away from the racing world of Guangzhou city centre.

The women found a stunning mansion there which was surrounded by paddy fields. It perfectly suited their interests as it comprised of seven bedrooms. Adding to that, it had a large kitchen, tea pavilion and a swimming pool. The mansion stole their hearts and they went ahead to seal its deal. After that, they took up the renovation work. The overall expenses summed up to a hefty amount of £462000.

The three-storey building went through a complete makeover. It stands beautifully on 7535 square foot plot in the lush green area. The retirement house of the seven women has floor-to-ceiling glass windows. Their love for tea pushed them to construct a tea pavilion in the middle of the field. What makes it more vibrant is the bamboo walkway that connects it to the mansion.

The blitheful souls have decided to take up one skill (cooking, singing, etc.) that they would do when they will live together. One of the friends-Jin Du shared that they would get together at the age of 60 and would live their retired life there. Not just that, they have also charted out their retirement plans.

According to her, they would cook and have barbecues in the field. To enjoy their moments to the full, they would sing and go around collecting food from the village. She also shared that they were all independent individuals but they could communicate and rely on each other at the same time. They have also decided to get together after 10 years as their kids will grow up till then.

So isn’t it a well-knit fabric of friendship? Hopefully, they would be able to put the other spheres of their lives in line with their friendship.