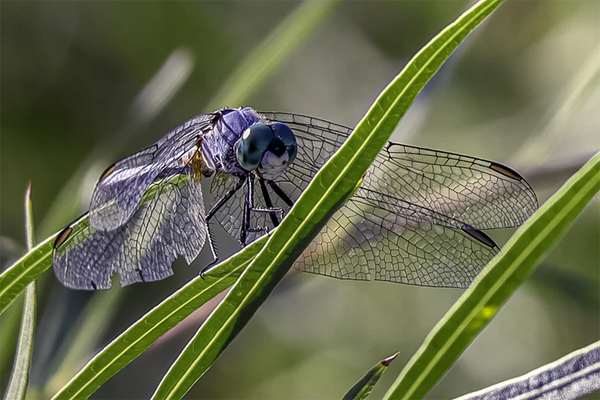 The female dragonflies fall from the sky at a good speed. Any layman if sees a dragonfly falling from the sky will believe that it has died due to which it fell from the sky. But as soon as you go near the dragonfly to check it, it flies away as if nothing was wrong with it in the first place.

By faking their death, the female dragonflies can live a longer and healthier life. Also, they can reproduce more offsprings that way. It is believed that it is not a rare behavior it is simply very difficult to detect this behavior.