What could be worse for a three-year-old than to be travelling on a holiday or an occasion while every other child is celebrating? How difficult it would be for their parents to handle such situations! This father did just the right thing to help her daughter celebrate Halloween while they were travelling. 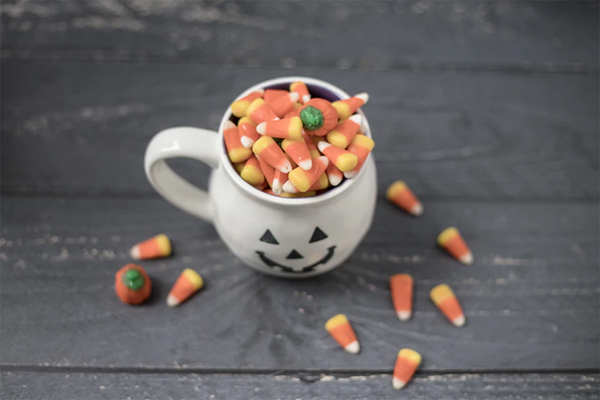 An anonymous father from Boston was flying to San Francisco with his daughter Molly. They had to spend Halloween evening on the flight. Stephanie Kahan, another passenger when got on the plane heard Molly talking about how she couldn’t wait to trick or treat this Halloween. She noted: “When I got on the plane, I heard her [Molly] talking about how she couldn’t wait to trick-or-treat. I felt sad for her because I was thinking it would be so late once we landed that she wouldn’t be able to go trick-or-treating.”

Molly’s Father was not going to let his daughter miss Halloween and had a plan of his own. He went up and down the aisle passing out copies of a note and a bag in which it was stated: “My 3-year-old daughter, Molly was bummed that she wouldn’t be able to go trick or tricking this year due to this flight … so I decided to bring trick or tricking to her. If you are willing, when my little donut comes down the aisle, please drop this in her basket. You’ll be making her Halloween! If you’re unwilling no worries, just pass the treat back to me. Thanks so much!

OMG, my heart is exploding right now. Dad of the year just passed out candy to everyone on the flight so his 3 year old could trick or treat pic.twitter.com/vfsAcYNrhr

Stephanie was initially confused when she saw Molly’s dad handing things to passengers. But when she read the note, she thought it was the sweetest thing in the world. From this note not only Molly got to have a great Halloween but so did all the passengers. Everyone was confused initially but when the note reached everyone, all the passengers participated in the celebration with great enthusiasm.

Stephanie Kahan tweeted the note, along with the picture of the little donut which was Molly’s costume. She discovered that people enjoyed it as much as she did. “Once I noticed that my tweet had 5k likes, I knew that this was big so I wanted to let the dad know what’s going on.” Said Kahan about the tweet. “Since I had tweeted a photo of the daughter, I just wanted to be sure he didn’t want me to delete it or anything “she noted.

The dad had no idea that this creative plan of his would receive such overwhelming response from everyone. He was so surprised to see the engagement of so many people. He was so humbled by seeing everyone’s response and was thankful to everyone who was appreciating his efforts. In the note dad asked the passengers to make her daughters Halloween a great one and he had made everyone’s’ Halloween!