A person’s 16th birthday is so special in its life. Getting a car as a gift makes it even more special. For a parent who is able to gift the car to his child is also a big thing. A father bought a car for his princess to make her 16th birthday special. He didn’t know that it would turn out be this important in their life. 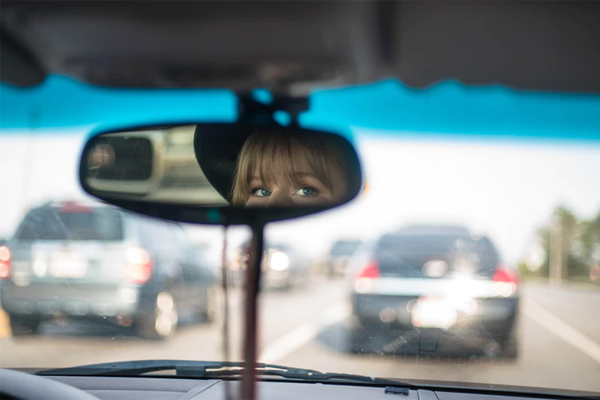 Kevin duke bought a second hand Ford Fusion for his dearest daughter. He was very excited to gift it to her. He checked every part of the car as much as he could to ensure that it was safe for her daughter to drive the car. No father could risk the life of his little one over a car.

After purchasing the car, the father was inspecting the car. He came across something in the dashboard that he somehow missed during the check. He pulled the rubber mat which was there at the bottom of the dashboard. There was a letter in it which was apparently for him from the previous car owner’s daughter.

That letter made him emotional and led to a few turns of events. According to that letter, the car belonged to Sabrina Archey. She was the one who lost her family in the house fire. Her mother, aunt and her 6-year old daughter died when house caught fire.

The car belonged to her mother and it was the final memory of her family which she was able to touch. She had to pay for three funerals and didn’t have enough money to pay for it. Therefore, she decided to give up the car to arrange money for the funeral.

She requested the new owner to keep the car with all the care. She mentioned that the car held a lot of memories for her. She described about the dirty spot on the dash which was there because her daughter used to keep her feet there when they used to go on a drive. It might be only a car for them but it was the last thing that she had of her family.

Sabrina wished good luck for the owner who would buy the car. She also expressed her heart out of wanting the car back when she would be in a better financial condition. She requested to give the car back to her when the new owners would realize that they no longer need the car.

The car was named Sylvia after a song which was played in it. She even requested the to-be-owners to play it country song if they could.

After reading the letter, Kelvin told Jada, his daughter about it. They knew what they had to do. They found Sabrina Archey with the help of Facebook. They raised the cost of the car with the help of a fundraiser and promoted it through an Australian TV show. They couldn’t afford to give it to her as a gift. But this was the best they could do for her.

They knew the importance of the family and realized that Sabrina should not be kept away from the closest thing that she had of her family. Definitely not after she had lost so much.

Sabrina was overwhelmed by this gesture. She was very happy with the kind gesture. She felt blessed. The faith in humanity was restored again.