Second World War had a camp where thousands of lives have perished including the lives of children. Based on the same camp from the Second World War a concentration camp museum is made that will be opened for the people of Russia next month. But people slam the concentration camp museum for turning the sufferings of thousands into 'some kind of Disneyland'. 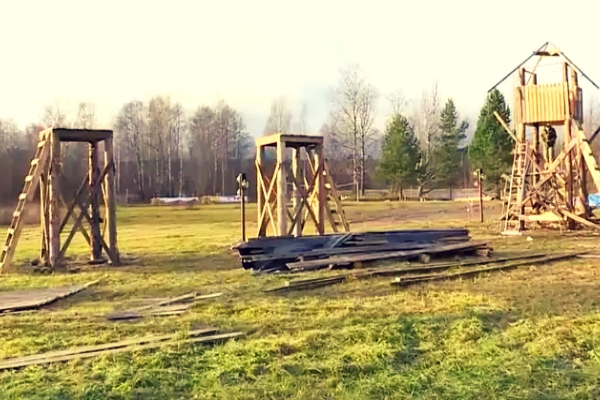 In the region of Karelia, Russia, the Museum of Sorrow has been made. It is based on the Second World War camp where thousands of lives have perished. The organizers of the museum and camp have a different aim of opening it but people slammed the idea because they think the organizers are turning the sufferings of thousands into ‘some kind of Disneyland’.

According to the official records 4,300 people battled for their lives and lost the battle in the camps. The camps were hit with famine and disease throughout the war. But people believe that the number of deaths could be more than what the officials say it is. The officials and the organizers build the camp with the idea of boosting the ‘military-patriotic’ education of Russian children.

The camp was run by Finns who controlled that part of northwestern Russia during the war, as allies of the Nazis. The museum received a grant of $40,000 from the Kremlin and the same part that was run and controlled by the Finns will be recreated. The museum aims to recreate the same buildings, including the watchtowers and all the small details will be included as well.

The head of the foundation of this project Natalya Abramova shared: “Children will engage in various military-patriotic games, and lessons of courage will be held.” According to her, this development would give the present generation about the hardships faced by the wartime generation. People will be able to understand the sufferings of the wartime generation. Further elaborations on the games and activities that would be included in the park were not disclosed by Abramova.

But this Second World War theme park was mocked and slammed by the museum boss. The head of the state Gulag museum, Roman Romanov, compared the park to ‘Disneyland’ and shared that the plans of this project left a bitter taste in his mouth. He shared: “We need understanding, a thoughtful approach, not the creation of some kind of Disneyland.”

He further added: “Arranging some kind of patriotic tactical games there… everyone who works with children understands what this will lead to. To call it a museum is unprofessional.” In response to this Abramova shared: This historical reconstruction is a symbol of fortitude and faith, not horror, grief, and pain, as some are now trying to present the project.”

At the unveiling of the project, there has already been a rise in the recruitment of children to military-linked activities including Yunarmia that currently has 730,000 recruits. Only the announcements of the themed park initiated many disputes. The work of the development has not even begun. But it is official that the park will be there and will be built in the Vatnavolk village.