Amy Godber built a toy wall for her kid. The toy wall kept his Lego, toy trucks and other stuff. The mom was glad that she did this. She was even praised over the internet. Facebook’s DIY page was full of positive comments. 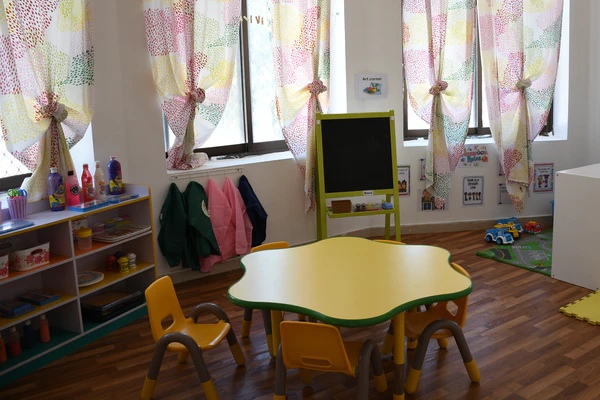 Pandemic has brought a lot of new DIY ideas. But interestingly Moms are rocking this season. With unavailability of outside help, DIY is the new trend. This Mom made a toy wall for her son. Moms are always behind their kids for keeping their toys at their place. Amy gave us a solution. She attached nine grey boxes. These boxes were hanged upon three rails on the wall. This came up as a storage space for small rooms.

Disciplining kids is essential. But being harsh with them is not. Parents want their kids to be self-disciplined. But sometimes they need to take the other road. Constant nagging and shouting won’t always help. At some point the child starts ignoring these nags. Practicing cleanliness from a young age has shown remarkable effects on the child. Cleanliness and organization lead to activeness of other senses.

Amy Godber showed off her genius hack on Facebook’s DIY on a Budget Official, writing: “So glad I decided to make my son a toy wall, very happy with it and a lot more organised! Now more room to play”. She told that his son can’t reach for all boxes. This was the part of her plan. She added that he asks for whatever he wants. But the mother and son had a deal. Firstly, the old toys had to be placed. The news toys were given thereafter.

Her post got 7,000 likes and 1,600 comments. Mums were delighted with the tip, writing: “Great idea. Especially for the smaller rooms. Well done.” Genius hacks like these shows how situations can be manipulated for kids. DIY’s have rounded the internet. Be it for kids or any age group. Amy also showed us that tasks can be simplified with a little mindfulness. From a younger age kids have to be taught to take care of their stuff.

DIY’s show the creativity of one. Amy showed her creativity for her son. Keeping things in budget and using up the wall for a small room was a hit. Moms have always tried to take out things from their homes and put it into best use. Keeping old decorative boxes and reusing them has been the old told story of every house. Experimentation and implementation are the DIY rules. Many people might be inspired by Amy. Seeing her DIY many would be influenced to try their own.