A woman named Sydney Whitson disseminated some pearls of laughter by sharing a failed attempt to lie of her colleague. Her colleague called up her office to make an excuse for a flat tire. But her fake plot burst up when she sent a photo shopped photo of a flat tire. The story has rocked the Twitter world. 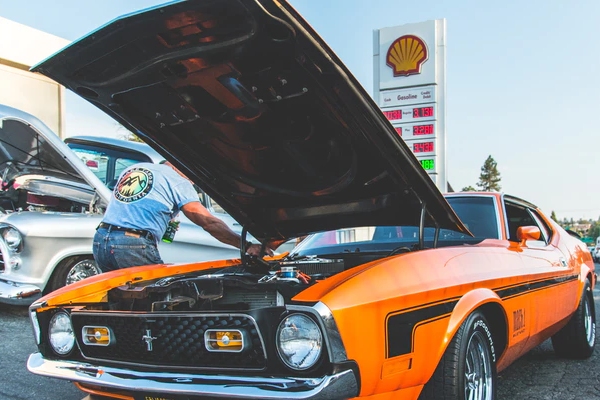 Lies don the title of being the spoiler of one’s game. The smart minds do not take more than a minute to catch feeble nerves of fake plots. Thus, lies can burst up any moment and land the individual in the pool of mortification. Adding to the sagas of debacles of lies, a woman named Sydney Whitson shared a hilarious incident that surfaced when her colleague attempted to ditch her office.

It was a usual hectic morning for office-goers. But one of them was in no mood to step into her office. That feeling was not new for her. She had surrendered to that thought earlier as well. Thus, she thought it safe to use her wits again to win some pearls of relief one more time. Looking through a bunch of fake plots, she finally ended up picking flat tire as her aid.

Putting up the things together, the woman braced herself up for her another fake stint. Finally, she grabbed her phone and called up her office.

To her delight, they picked up her call. She went ahead to tell them that she had been in trouble. Laying down her trap for them, she continued and made an excuse for a flat tire. A nail had punctured her tire and stuck in it.

The woman was fully aware of the fact that she was not making her first distress call.

In order to cut out the chances of suspicion on their part, she tried to supplement her story with solid proof. Using her witty nerves, the woman managed to get a photo shopped picture of a tire with a nail stuck in it. She sent that photograph to her boss as the evidence of her unfortunate situation.

But that marked the beginning of turmoil for her. It did not go her way. The boss played smarter and the photo shopped part of the picture caught the attention. Ultimately, the flat tire bizarre punctured the balloon of her fake story. She faced the moments of shame as her stint reached the ears of her colleagues. Grabbing that funny part, one of them named Sydney Whitson went ahead to share her story with the Twitter world.

my coworker called in (yet again) and said she had a nail on her tire that caused her to have a flat. i need everyone to stop what they’re doing and ZOOM IN TO THE NAIL IN THE PICTURE SHE SENT MY BOSS pic.twitter.com/4NcJGuvF4F

Shedding light on the incident, she shared, “My coworker called in (yet again) and said she had a nail on her tire that caused her to have a flat. I need everyone to stop what they’re doing and ZOOM IN TO THE NAIL IN THE PICTURE SHE SENT MY BOSS”. Not just that but she also tweeted the photograph that her colleague used in defense. People ended up having some shrieks of laughter.

One of them said, “Girl that tyre isn’t even real lmao”. Another commented, “Yep. That’s what happens when you drive through construction zones in Toon Town”. Joining the chorus, one person said, “Hahaha! I think she nailed it”. Adding fuel to that, another said, “She did what she had to do”.

Hopefully, she would part away from the abode of lies.