In our world of gizmos, dates have too entered the virtual domain. Big thanks go to the colorful dating apps! People sitting miles away can now easily pick their partners. But the dating app- Tinder had pushed this boundary. It arranged a date for a couple who had been inconsistently chatting with each other for three years. 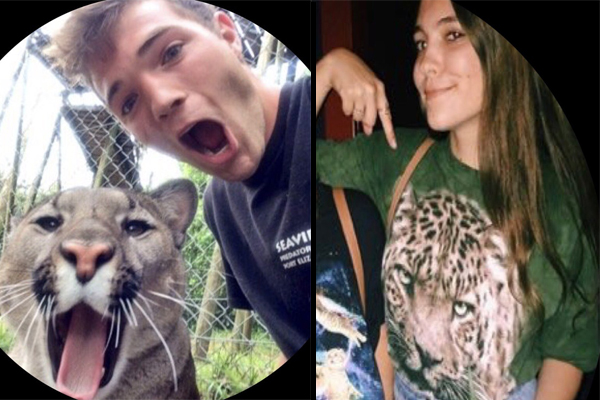 Josh and Michelle were staying miles apart. They took to Tinder and caught each other on 20th November 2014. Then the saga of their infrequent chats began. Completely anonymous to each other, the duo used to text each other once in a while. Josh Avsec was pursuing his degree at Kent State University in Ohio. He was busy with his hectic schedule. Michelle Arendas was too occupied with her engagements. So, as a result, they were not able to respond to each other’s messages quickly. The most striking fact of their association was that they messaged each other once every six months. But still, their relationship didn’t pluck.

Hahahaha one day I'm going to meet this girl and it's going to be epic. Look at the dates of our tinder texts. pic.twitter.com/DASQK4c5cX

Then a turn came. Josh took to his twitter account and shared the screenshots of their chats. People went crazy about that. He commented that one day he would see her and that would be epic. Then he drew the attention of the people to the dates of their chats. One could easily find excuses like “Sorry, I was in the shower” or “I’ve had a busy week” for the delays in their replies. It had been followed by a dead silence of six months and again some shots of messages had come from either side.

Michelle took cognizance of his posts and apologized saying that she would have replied but she needed to give that a few months. People too came into their acts. One of them described their inconsistent chats as hilarious and asked them to get married. When their profile took up the picture of big cats then one of the followers described their stunt as their fate.

After a long debate over your unbelievably generous offer, our dream first-date would be in Hawaii. Meet you in Maui?? @mch_rnd

Tinder was not left out of the whole segment. It finally intervened and proposed to fix a date for them. It offered them 24 hours to decide a place that they found apt for their first tryst. The couple got excited and chose Maui (Hawaii) as their destination. Josh Avsec informed their dating app about it. Tinder dropped some pearls of laughter around by replying that they could not take two years to pack their bags! Maui Hawaii too expressed its pleasure to serve the couple and was in talks with Tinder then.

The digital world is flooding with these jaw-dropping incidents. It is always on its quest to grab people with a queer instinct and saga. Once an interest is discovered, it does not take too long to shower fame and limelight on it. Truly, the virtual world is virtual in all sense.