In the present time dating has a new face. Technology has made it very easy for two people with similar likes and dislikes to find each other. Sometimes it ends on a happy note while sometimes it does not work out as many people create fake profiles and catfish. 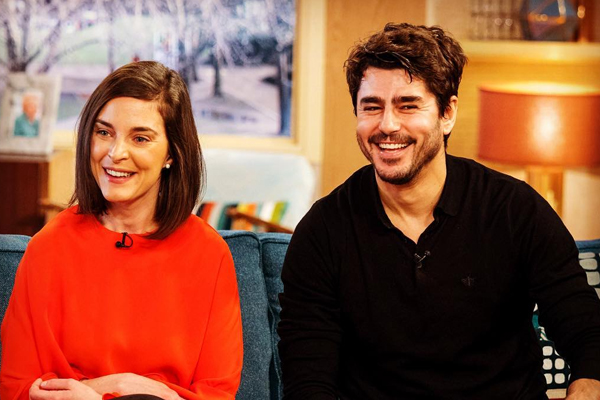 Emma Perrier was a victim of this when she started dating a person online. What she thought would have been a cause of her misery and disappointment, was actually a start of something she never imagined and that it would turn out to be so good.

It was 2015 when Emma, who is from France but lives in UK, was newly single and working hard as a barista in City coffee shop. It was then, when she started using an online dating app called Zoosk. Her first match was a handsome man named Ronaldo “Ronnie” Scicluna. He was a 34-years-old electrician from West Midlands and claimed to know Italian.

But when Emma messaged him in his purported native language, he could not understand a word. This might have been a warning for Emma but Ronnie got it covered by explaining that his mother was English and his father rarely spoke to him in Italian and thus he was not quite familiar with the language. It was acceptable and Emma bought it.

They had a good start and Emma could feel a real connection between them. They talked daily and even deleted their dating profiles from the app. Their relationship was going great and was intense. They even went on to say ‘I love you’ to each other only after 6 months. But all this happened online. Even after dating each other for such a long time, they hadn’t met in person. Whenever they made plans to meet, Ronnie made an excuse and cancelled it.

This could have been a warning for Emma but she did nothing about it until one of her colleagues told her to do some investigation. It was then that Emma did a quick image reverse search on an app which revealed the truth.

Sadly, Ronnie was not what he claimed to be. He made a fake profile and used the pictures of a Turkish actor and model, Adem Guzel. After a long and weird confrontation with “Ronnie”, he finally admitted that he was a 53-year-old builder and decorator, named Alan Stanley. During the confrontation he even accused Emma of being crazy.

In September 2016, Emma messaged Adem to inform him how his photographs were being used by a 53-year-old decorator to catfish. It was not something new for Adem. He had received such messages several times before. He was not going to reply to her but something urged him to do so. They had a word and talked about it. The result was that he came to London to meet her. They had their first date and a kiss. Now, they are together.

The 6-month long relationship which ended causing misery to Emma turned out to be something special as she found her perfect match.