Life is ephemeral in many terms. Many great philosophers have expatiated a lot on this aspect of life. They have brought out some secrets to have a happy life. A 107-year-old woman named Louise Signore has too hit that note. According to her, the secret of a long life is to remain unmarried. 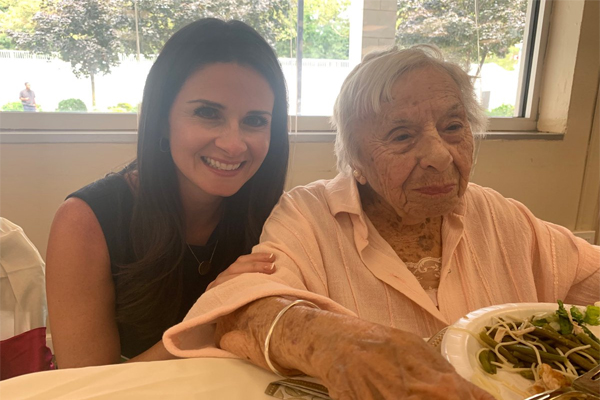 We find doctors advising people to resort to a healthy routine for long life. People take up so many means to achieve that feat. But most of them fail in that pursuit. But the 107-year-old woman is different. No pills or medical treatments have bestowed such a long life on her. According to her, the secret of her long life is that she has never married. Now, this is something very interesting. So for this woman, good genes, good diet, etc. are the passive things.

Louise was born in Harlem (New York) in 1912. She was 14-year-old when she moved to Bronx. She has been living happily there since then. The old woman celebrated her birthday with some 100 guests in a community centre recently. That was a big feat for her.

Well, to everyone’s surprise, she is not the only one to reach the mark in her family. Her sister has too crossed the mark of 100 years. The centenarian woman is 102-years-old and has celebrated her birthday a few weeks ago. Louise had shed some light on her long life in the party. The woman has an active life. She goes to exercise, dance and all the other activities that people younger than her do. After lunch at the party, she decided to play Bingo. So according to her, she had a full day. The woman lives her life to the full.

Thriving at such an age, Louise had never resorted to medical treatments. She shared that she was taking a pill to control her blood pressure. Her sister too joined her on that part as she did not take any medicine.

God bless this amazing woman who is 107 years old today! Big party with her friends and family in the Bronx. Lots of keys to living so long — including eating Italian food, dancing, and she emphasized never getting married 😂💕 pic.twitter.com/YJUD9iD5s2

Life has never been a cakewalk for her. She is blind in legal terms. Pneumonia had gripped her life a few years ago. But she fought that off bravely. Not just that, she had also suffered an assault at the age of 103. She was robbed in her apartment building. But that could not dampen her spirits. Her pals and neighbors admire her valour. One of her friends-Deborah Whitaker shared that she had got no walking cane or wheelchair. She did all her shopping. So, all in all, she was an awesome woman.

Aisha Parillon attributed her long life to her connection with her neighbors and friends. Another woman- Alelia Murphy, who dons the crown of being the oldest woman of America- at the age of 114 years, too belongs to the same place. According to Louise, Italian food was good and she had been brought up with good food. Soda and cake have never dominated her platter.