A person’s libido is what drives a relationship’s physical aspect. Loss of libido is an indication of an underlying personal, medical or lifestyle problem. It can be upsetting for both partners in a relationship. This writer just explained how anxiety killed her sex drive. 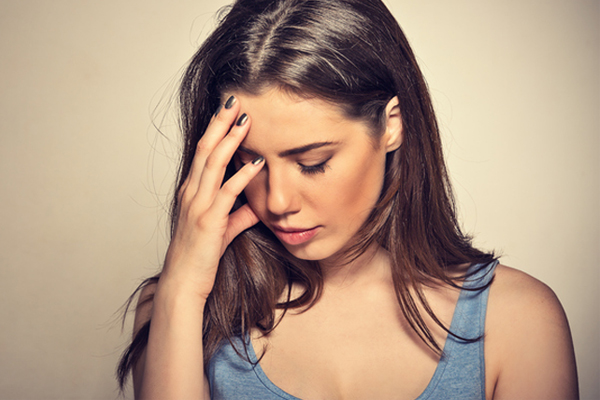 This girl had her share of fear before meeting this cute guy she met on Tinder. The reason has stopped her from getting into an intimate relationship with any guy. Rosie was sure that she wasn’t going to make it to the date. She desperately wanted to be touched by a man under the sheets but meeting a guy itself made her anxious, so getting intimate with him was definitely not on the cards.

She has always been anxious about intimacy and managed to ignore it and keep it under the carpet until she graduated from university in 2010. She then took a deep dive in the career of celebrity journalism. So, she started spending her evenings in showbiz parties for work rather than going on dates. By early 2013, boredom hit her in the showbiz events and she found herself trying to talk to someone and getting nervous. Her mouth would dry up and her legs would start trembling and all she ever wanted to do was run away.

After a while, she was tired of her anxiety and ended up giving up her job and started focusing on freelance writing. Canceling dates on last-minute was her routine now, whereas, her older version would have wanted to rip the clothes off her partner. After leaving her job, things didn’t change. She then thought of talking about it to her friends and then started focusing on her betterment.

She managed to go on a few dates with a guy and even landed up in bed with him. She recalls it to be a terrible experience and full of stress. She wasn’t interested in him and she freaked out when he started texting her to meet again. Her anxious nature forced her to over think and over analyze what had actually happened and guilt was all over her mind later on. And she convinced herself that she won’t be able to have a real relationship.

Her libido had hit the rock bottom and that is when she was forced to see her GP. She was referred by her doctor to get Cognitive Behavioral Therapy (CBT) under an NHS therapist.

She was able to recover from her anxiety and her self-imposed celibacy. Three months into the therapy, the doctor dared Rosie to go on a tinder date and that is when she realized she has recovered from her anxiety. She hasn’t looked back since then. She recalls being comfortable in her own skin and felt like a totally different person.

While talking about how anxiety killed her sex drive, she explained, “When you’re anxious, the brain focuses solely on its most vital needs, which is where the fight and flight mode comes in. Your most important priorities are to be safe and fed. Everything comes second to that, with sex going out of the window.”