You remember leaving your dress at your ex’s place? Well, how’d you feel if your ex-flame’s mother wears that dress to her night outs? Weird, right? That’s exactly how this girl felt when she saw his mother’s picture on Facebook. 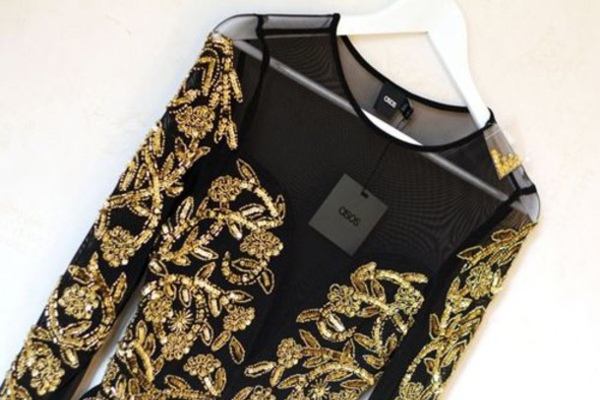 Being a girl Lillie Haines had the investigation skills and she used them to get an insight in life of her ex’s life. She went to Caroline Eastwood’s profile and spotted the mother in a familiar black dress with mesh cutouts. She came across a photo in which Caroline was embracing a pair of golden strappy heels and the H&M dress in size 12. She had left the dress at Caroline’s son, Sam’s place in 2017.

After she posted the details on the social media, Caroline admitted that it was the same dress and thought that it was of her ‘friend’. The mother was not bothered by the people who mocked her on the mix-up. Instead, she said that the mockers are just jealous that she could pull off a dress of a 20-year-old and that too in a better way. We see a point here, she definitely looks great.

After a night of passion, Lillie left her dress at his place and left in his joggers and a dressing gown. Lillie was with Sam as friends with benefits and after a while he moved out of his mother’s place. So, Lillie thought she will never see her dress again.

On February 7, she shared this post and it reached about 3000 people. However, when one of her friends shared the post on February 9, it tracked down to Caroline’s timeline and that is when war of words started off.

Caroline commented, “Oops that was me!! Jealousy is an ugly trait! Get over it girls I am impressed I can wear a 19/20 yr old dress and look so much better in it!! Imagine admitting on Facebook that you’re a s**g and just leave your clothes round a bloke’s house… Don’t worry sweetheart, I put it on a hot wash first. Lol if I had known it was hers I would have 100% chucked it!!!”

Lillie was quick enough to reply, “How’s that jealousy. Imagine wearing something your son shagged in tho.”

Lillie’s pals were there to back her and they mocked Caroline for commenting in such a manner.

When Lillie expressed that it is not because she wanted the dress back, Caroline was rude enough to say, “Well stop going on about it then you silly little girl.”

She then toned down her rudeness and commented, “Listen we all take an opportunity when it arises. Anyway… let’s get down to the nitty gritty. This was a year and a half ago, I genuinely thought it was my friend’s dress that she had left here and EVERYONE has moved on. THE END!!”

Well, we don’t know how the matter unfolded, if Lillie got her dress back or not but we’d say if you left your dress at your ex’s place, forget it. Moreover, don’t even nose in his mother’s profile to stumble upon her pictures and find your dress there.