Ryan Reynolds once again convinced us that he’s a good person and that performing the role of a superhero can motivate fans to help other people and have a better life. The actor was appreciated all over the internet for his heartfelt reply on Jadiant’s impressive Instagram post. 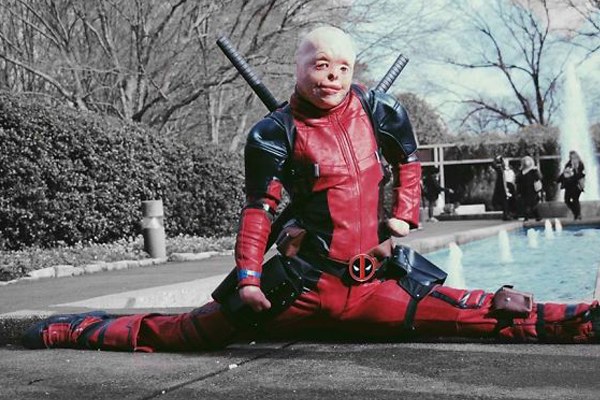 Jadiant spruced up as Deadpool, the hero Reynolds enacted on the big screen. In the picture, he did a split and tagged the actor on it. As per Jadiant, Deadpool has made him feel more assertive about flaunting his true self to the world without any embarrassment.

Jadiant in an interview told that getting a reply from Reynolds was quite unexpected. Ryan was someone he looked up to. He was happy that he acknowledged the effort he put into taking that picture. Just the thought of Ryan knowing that he existed excited him. He felt like he was dreaming.

Continuing the interview, he told a bit about himself. He was an ambassador, champion, and influencer for a company which is committed to enhancing the quality of life for people who are living with unusual and serious medical conditions, whether due to traumatic injury, illness, or genetics.

It would make my dream come true if @vancityreynolds got to see this post! I learned to do the splits just for this photo. Deadpool has honestly made me way more confident. Anyone who has read or watched anything about Deadpool, knows his face and body are pretty messed up. So it’s only natural that I cosplay him. I wanted to be authentic as possible, and that was to not wear a mask. It’s so easy to cover up who I am, and to give In to despair. Deadpool just makes me not care about that stuff and show my true self. This is me, and I’m not Ashamed about it. Deadpool is icy clean, and he’s helped my self esteem so much. I’m owning who I am, and cosplaying Deadpool makes it that much easier.

He requests everyone to donate as much as they can. Even if its $1 or $5, it would be appreciated. During this pandemic, it is really important to help these people as they are at higher risk.

He also gave personal advice for anyone who is having a hard time to deal with these tough times. There will be times when you can’t find a perfect solution to fix your sufferings. Rather it’s necessary to remember these feelings and validate them, but don’t stay in them. Often times it is easier to lose hope and not care. But one should know that their biggest foe is themselves. We never really grow up but should learn how to parent the kid inside.

He carried on by saying that you should be your own best friend. The Last Airbender has taught him that you can solve your own problems by helping others to solve theirs. He focused on the importance of having friends who you can rely on completely and can be your support system when in need.

Jadiant disclosed that he tries to find the funny side in every moment, despite how painful it might be. He told people how better their life could be if they stop getting offended and find the laughter in life. He credits Ryan Reynolds for being a huge factor in realizing this. It’s not a defense strategy but it’s who he is. He loves to laugh and make other people laugh.

John doesn’t believe in hiding his story about the burning incident when he was just 4 years old. In 2003, he experienced a 95% burn to his body, fought for his life, and had undergone more than 100 operations since then.

He burned while he was playing in the garden and his dog by mistake knocked over a candle used for light. He was in coma for 6 months, successfully completed his physical therapy when he woke up.But this didn’t break him. He lives his life to the fullest even after going through this tragic incident. He keeps on motivating and making everyone around him happy.