We are not the only ones craving for sushi or any other food for that matter. The desire to cherish your favorite food is a trait found in animals too. The penguins hanging around at a sushi shop near the Wellington railway station might be a hint towards that or maybe they had other intentions behind their stroll around the city. 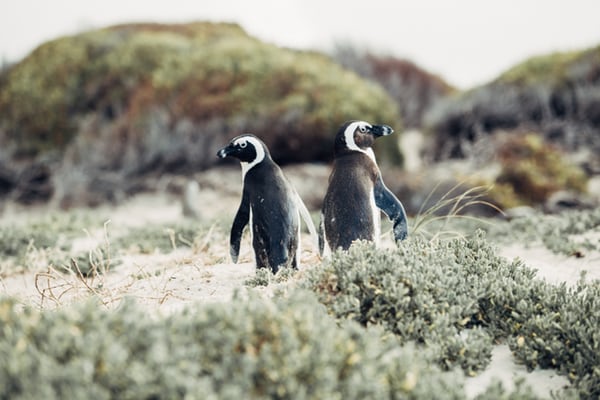 Two adorable creatures found a good hangout spot in New Zealand. They made their way into Sushi Bi, a place located near the Wellington railway station by the harbor. They might be looking for a place to chill! The people working there informed the police about the penguins taking a walk in their restaurant.

The police reached the area and safely took out the penguin and put it in a better environment. But the penguin seemed captivated by the world outside the sea as it returned for another trip. The other reason can be that the bird got attracted to the whiff of the sushi and maki that is prepared in the food joint.

It might be fascinating to watch the cute creatures roaming around but it’s not safe for them to be in such a crowded place. They can get harmed unintentionally and we don’t want to hurt them, right?

Those little penguins who were spotted in that area are kororā (a Maori word). They have blue feather coverage and are the smallest penguins found in the world. Their features seemed to catch a lot of attention when they came out of their natural habitat and look at the outside world.

The Wellington Police had to make the residents aware of the presence of penguins on the streets. So, the department posted the whole incident on Facebook. The caption stated, “We received a call about 8:40 p.m. on Saturday night of a penguin on the road in Featherson Street. Police responded with some help from members of the public, released the penguin, described as ‘little and blue,’ back into the sea.”

A couple of penguins have been released following temporary detainment by Wellington Police. 🐧The waddling vagrants…

They also wrote about the second visit of the penguin with its friend at the same place. The Wellington Zoo and the Department of Conservation took control of safeguarding the penguins.

Wellington's little blue penguins with a taste for sushi have been moved to a nesting box. Our rangers report that they seemed to like it and were making cooing noises which is a good sign. https://t.co/klEHOa1FiF

That penguin pair got to stay in a nesting box after the concerned department carefully relocated them. The ones in charge of the birds in the nesting box told that they seemed happy in there. However, they are expected to make another trip to the shop or in the surrounding area.

A volunteer for the Department of Conservation, Mike Rumble said, It’s a natural characteristic of the penguins — they will always return to where they possibly were nesting.” He added that another visit to the sushi bar would not be surprising as that’s how these birds are!

We are sure that the people don’t mind having penguins seated with them at the table as they savor sushi. We definitely would offer a bite! But we can’t meddle with nature and those birds need to be where they belong!