A man from Great Yarmouth spent a fair amount of money to convert his beat-up car into a crime-fighting Knight Rider Car. The man has been a diehard fan of David Hasselhoff. He found an opportunity to create something that could bring him closer to his idol and did it with a bang. 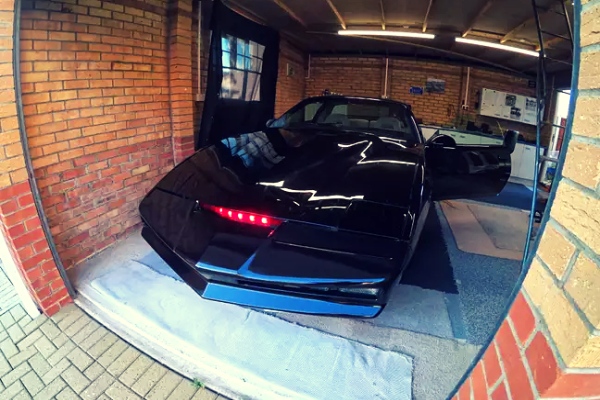 Not everyone is a Knight Rider fanatic and we’ve got you covered. The story of the series was that Michael Long (Hasselhoff) gets shot in the face. He then undergoes a whole heap of plastic surgery and was reborn as Michael Knight. He had a trusty partner and both of them fought crime and often saved a damsel in distress.

Paul had been a huge fan of the series since he was a little lad. He said, “I was watching Knight Rider from the age of about eight, and as a kid, I was obsessed with all the gadgets K.I.T.T. had and how it looked and sounded. So when I realized around three years ago that I could build one for use on public roads, I started seriously thinking about doing it – and it’s a dream come true.”

He further added, “It’s taken me around 16 months to complete. I started changing things as soon as I bought it, used it through the summer in 2019, and then gutted the inside of the car and pulled all carpets out and stripped out all old seats and rubbers. It was rusty in many places so everything had to be cleaned and re-painted.”

He had worked day and night since September 2019 on his pride and joy. He added a playlist of some of K.I.T.T.’s catchphrases and quotes so that it could feel a real deal.

The pandemic disturbed his plans for the work on his crime-fighting mobile. While talking about the pandemic, he said, “When lockdown hit in the middle of March, I had an ideal opportunity to work on it more or less every day. I was in my garage working on it for hours on end, fitting out interior and installing electronics and panels, etc. I did this for around six weeks solid and got a lot done. It was a lot of hard work, I have never done anything like this before. In total, I’ve probably spent about 1,000 hours on it.”

After the lockdown, whenever he took his Knight Rider Car for a spin, he got a fair amount of attention. He added by saying, “Yeah, I sometimes use it to pop down to my local Tesco. The attention it gets is crazy. I will be sat in the petrol station and people will come to ask me if they can take pictures and videos of the car. I really can’t go anywhere without creating massive attention.”

While ending the interview, he said that he wasn’t done just yet. He has another £8,000 to spend on it but it included doing the engine bay as well.