A construction employee who became a renowned Instagram influencer when he tried to establish a point to his daughter was nothing but a well-thought marketing scheme. The regular worker named ‘Omar’ gained over 366000 followers in just a month of joining social media but the truth is despite playing the central character, he isn’t the one running the account. 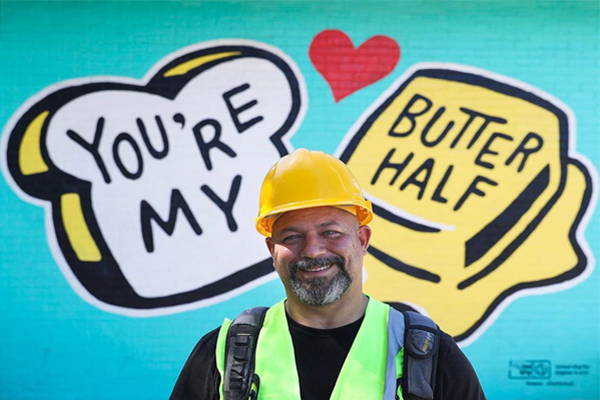 The profile is being managed by Mike McKim, the owner of Cuvée Coffee in Austin, Texas who brainstormed this idea. He revealed in an interview, “The whole idea was what we always thought as an influencer, and what we used as an influencer in the past, they don’t always fit our brand. We need a different type of influencer: a hard-worker, blue-collar guy.” Thus, McKim along with his advertising partners, Bandolier Media created Omar who is a real construction worker in the area.

The Instagram account went viral after a @barbzlovescarbs tweet that created a false but emotion-grabbing aura. Where the user claimed that Omar was her dad who created an Insta id to prove that he too could become an influencer. The tweet that has now been removed talks about how Omar asked his daughter who an influencer was. And on learning their profession how he confidently said he could be one despite being a construction worker.

However, McKim has no idea who posted the tweet while his partners are yet to be given a clean chit. Thanks to the sharing of meme account the post and id both went viral. Many claim it to be a silly pet project but how Omar has been fabricated is what makes the advertisement so good and authentic. He lists as being a coffee lover, a husband, and a father. He also adds his profession to the profile as though it marks an important personality aspect.

The moment you’ve all been waiting for. I’m officially a @SlimJim #Slimfluencer! Who’s down to help me make IG history? Let’s make this the most liked sponsored post ever! After all, we only have to beat 7 million likes. No biggie. 😅 #LongShot @SlimJim #Sponsored

Omar’s general hashtag is ‘sponcon’ which mocks the influencers and besides this, he also tags ‘cuveecoffee’ in a lot of his posts. “Every morning in a coffee house there’s a big line of men in hard hats and vests, with our viral account it has become easy for such people to easily enter a premium restaurant and that was the entire idea. The real Omar was paid for photoshoots while Bandolier handled the rest” added McKim. The original goal was to reach 1000 followers and people have shown some genuine affection towards the guy.

As per McKim the whole plot started with the beginning of construction work around the corner and the coming in of construction workers regularly. And well this stands as a perfect exemplar of why everything we see on the World Wide Web is not to be believed.