Parents usually find a unique way of celebrating the birthdays of their kids. The theme for the birthday is not only a source of fun for the kids but also for the parents as well. So, this parent had a brilliant idea for his kid's party but it didn't go well with his wife. 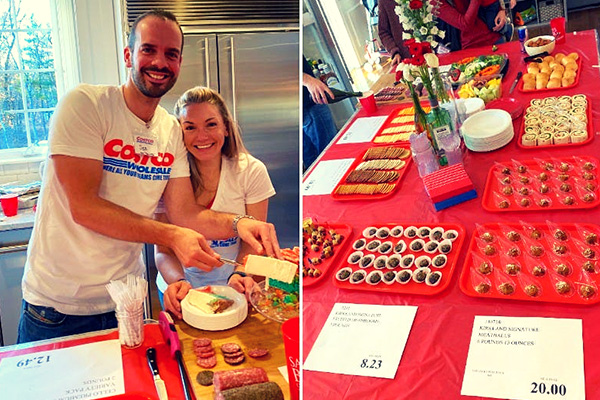 Surely, they should also get an opportunity to have fun in their own way as this moment of celebration comes only once in a year. There are several categories to choose a particular theme for the birthday. The responsibility rises to a greater extent when it is the first birthday of your kid and it is going to become memorabilia. So, one family came up with the unique and surprising theme of Costco, the grocery store.

Yes, it doesn’t sound like a great theme but these parents had some very unique ideas to make it more entertaining and fun. The mother in the family, Josie told that it was her son Mason’s first birthday and she has one 4-year old daughter, Madison as well. Let’s take a look at how they came up with such a unique theme. Josie explained, her husband, Sebastian is a financial advisor and he helped her choose this theme and it all happened at the very last moment.

They wanted their son, Mason to be the center of attraction, so they chose this hardworking boy as the Employee of the Year. They had to make sure that the arrangements should be done properly in a way that resembles a Costco store. They made a balloon arch frame for the huge celebration. They also prepared name badges, print out signs for several food items and some red trays to serve the samples as they do in the Costco.

Her husband loves to take their kids to Costco. He especially loves Costco’s Kirkland as he believes in the quality and it helps him save his money. It is fun for them to eat samples during lunch on a Saturday afternoon. They also wanted to show people the place where babies are kept when their parents are busy buying their household articles in the Costco store. Somebody had inquired them about the same and they came up with this idea.

The local Costco was also in favor of the idea for the theme and they also gave a membership poster to this couple. The theme of the birthday party shows how Costco is a big part of the family’s life as they rely on this grocery store for almost every household article, be it any food item or buying diapers for the kids.

Overall, the theme of this party turned out to be quite entertaining for family and friends. You don’t typically see such party themes inspired by Costco stores where food items are kept as a sample along with the price tags attached to their trays.

Their son might not be old enough to understand that his parents had chosen this theme not only for him but also for their fun. Josie had no other idea as well. She told that if she had to select a theme based on the choices of her son, Mason, then the party wouldn’t have been so fascinating.