More or less all of us have been in a situation where we’re sitting at a restaurant table or waiting for a takeaway along with a close friend or our partners who claim not to be hungry even on being asked to order something repeatedly. And thus, they end up with no food however, when the meal arrives its aroma and delicate presentation pushes them to stare at it like a wild hungry lion watching its prey. As you are about to have your first bite their puppy face and sad eyes give you the ultimate levels of guilt. 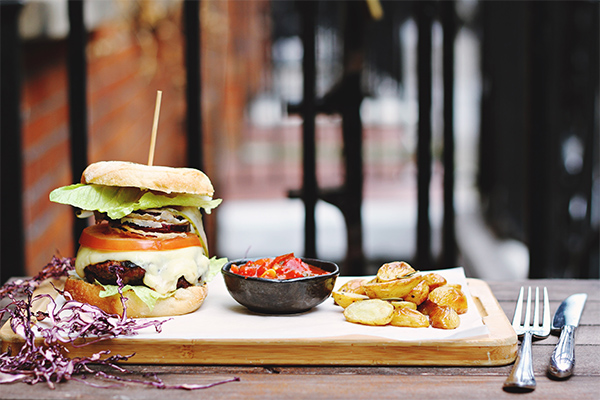 Since they’ve been told a zillion times earlier to order something, a side or snack the anger in you is bound to grow because after all, ‘Joey doesn’t share food’ and he shouldn’t have to. But now we have this American restaurant to our rescue. It has launched the perfect way to help such sufferers. The Mama D’s Diner in North Little Rock, Arkansas could not see its customers suffering and so introduced the ‘My Girlfriend is Not Hungry’ choices on their menu list, this allows people to add-on chips, two pieces of chicken wings or three fried cheese sticks to their original order.

This is pretty innovative and has gone completely viral on Social Medias like Instagram, Facebook, and Twitter for the same reasons. One man mentioned that all restaurants should have such options especially a ‘My girlfriend is indecisive’ or ‘My girlfriend is going to have my food’ option because she and he are both aware of this guy’s eating habits. ‘Finally, a place with clarity and precision’ said another. “I was taken aback by the affordable prices and then I discovered the awesomeness” added the third.

While most are laughing this new add on there also seems to be a debate about it. A cafe in Poole, UK too attempted to introduce the ‘no-nonsense’ drinks menu but was only put under trials and tribulations. Their menu blackboard shows a list of typical drinks along with translations which are as follows- Americano = black coffee, Flat white = white coffee, Cappuccino = frothy coffee, Latte = milky coffee, Mocha = choccy coffee, Tea = not coffee, Hot chocolate = also not coffee.

What seemed to be a harmless sign at first turned out to be a little racist on deeper inspection, people have expressed their annoyance and amusement about the same with ton loads of tweets, posts, and memes. “I do not want my coffee to be brewed by someone who has no idea what coffee is,” said one.

With cut-throat competition eateries try tough to be the best but sometimes it is impossible to please people.