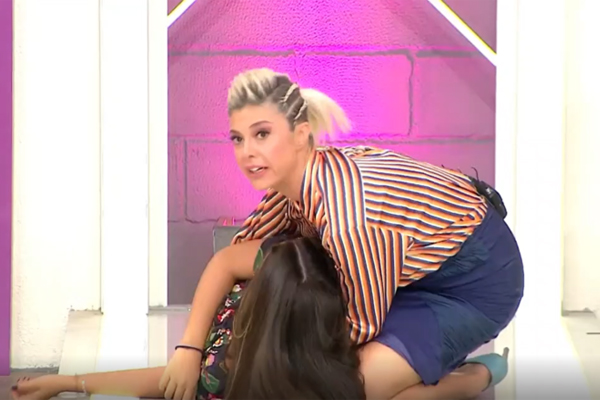 She was ready for the transformation by her hairdresser, but she was not ready for the transformation hairdresser Bilal Agin had stored for her. Ilayda had very long hair to which she was very attached. So, when Bilal chopped off a foot-long hair of hers she did not react well to it. It not only shows that she was literally attached to her hair but figuratively as well.

The Turkish reality show is named KuaförümSensin, which means “You’re My Hairdresser”. As the name suggests you are given a hairdresser and you have to have faith in your hairdresser as he/she transforms you. Not only hairdressers but other artists such as makeup artists, hairdressers, nail art artists, etc. compete with each other.

The artist who gives the best transformation wins the competition. So much to ask for winning a reality show. Though the models participate and sit in front of the artists with their consent it seemed that hairdresser Bilal did not indicate the plans of Ilayda’s transformation to her.

She very confidently and willingly turned and sat in her seat, clearly ready for the transformation. This not only indicated her willingness but indicated Bilal to take the scissors and do exactly what he had in his mind. And that is exactly what he did with Ilayda’s hair.

When she was walking off the set that is when she fainted due to her mixed emotions with her transformation. She was lucky that the host of the show was there to catch her. The panelists watched everything with huge disappointment and Bilal stood there with ashen like face unsure of his next move.

Though the hair is used for cancer survivors by the “Let My Hair Be Your Hair” project. But Ilayda was still angry. This is a common story for many of us and we all can relate to it when we get our hair cut.