A man Karl Phillips lived his golden day when he stepped in a bar after his shopping spree. The angels of bliss smiled at him when he shared his table number on Twitter. And then the creek of drinks made way to his table. He got stunned to see drinks worth £700 on his order and shared his unbounded joy. 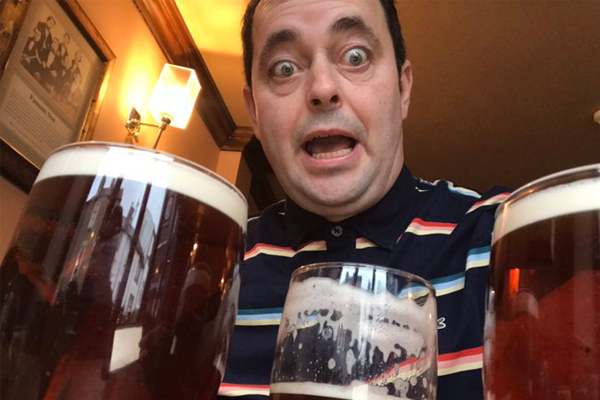 The ‘Wetherspoon’ charm is gripping the minds of freebies seeking around the globe. One can say that it is on the peak. Thus, it is not eccentric to scroll down the souls sharing their freebies joy with the world. One of these souls is a man named Karl Phillips who sprang up with his story.

It was a beautiful Saturday morning. The clock was striking 10:40 a.m. Karl was drained of energy after having a shopping spree. His soul was craving to have some sips of solace. After passing by many stores, his feet halted outside the Doom Bar at the Gold Cape in Mold. Listening to his cravings, the man stepped into the bar with a happy heart. Lost in his thoughts, the man was completely unaware of the golden moments that were waiting to inundate his day with joy.

To his delight, he managed to grab a seat. After settling down in his place, he shared his day story. A few moments after his tweet, a person turned up to ask his table number. Taking things to be normal, he tweeted his table number- “54”. That ignited the winds that supplied his souls with some happy hours.

Waiting for a few minutes, he could see the drinks making way to his table. There was no end of the orders. The glasses flooded his table. Karl could not believe the miraculous moments. His soul went through the torrents of emotions. By 11:14 a.m., there was no space for more drinks to accommodate on his table. Sharing his golden day with the other social media souls, he tweeted the story on his Twitter handle under the name- ‘The Captain’. He tweeted, “Well f**k dis s**t Jesus wept who keeps sending me drinks they pilling up like f**k lads”.

After relishing a handful of the drinks, Karl decided to give it up. He finally caught the fact that he could not pour all the drinks worth £700 down to his stomach. Thus, he ended up giving in and got up to make way to his home. Taking note of his inability to finish all the orders, the bar staff tried to lessen down his besets about the wastage of people’s hard-earned money. They told him that he would try to adjust the bills and try to fill the holes. They would try to make a donation of the left orders to the destitute.

Thus, the bar staff played well on their part. Their suggestion would have added to the joys of the drunken man.

But it looked like the drinks did not meet their ends in the right way with Karl. The man woke up with a heavy head the next day. He was out of his wits and could not grab hold of the things. Taking on his dizzy moments, he tweeted, “Bunch of f***ers,” he tweeted. “I’ve just woke up f**k me I was in a hell of a mess, cheers”.

Thus, the gloomy facet of greed again confirmed its presence. Hopefully, the freebie seekers would grab the lessons.